The Green river stretches over 700 miles through Wyoming, Colorado, and Utah. The section we paddled is a flat water section known for the bluffs, canyon walls and views as the river passes from BLM lands then through Canyon Lands National Park to the confluence with the Colorado River. Generally the best water flow is May and June from snowmelt. However, that time of year the flies and mosquitos are a bit more numerous also. The water along this section is slow moving and very cloudy with silt that provides a challenge for filtering.

Any long extended trip like this one (9 days) requires extensive planning and coordination. Todd Womble did all of that for us. The outfitter providing the shuttle books up 7-9 months in advance. I will also add that the outfitter we used (Texasriverways) did an outstanding job of getting our boats and gear to the put in and then loaded us up on their large 46’ jet boat at the take out for the shuttle up the Colorado river back to Moab, UT. The 3 of us met a couple of times prior to the trip to work out gear and meals. Todd planned the meals and did the grocery shopping and cooked most of the evening meals. I have to say for such a long trip we ate very well and yes after 10 days there was still ice in the YETI.

With the water levels low there was ample sandbar camping but we opted to hit the high banks for shade and some protection from the wind gusts. Our weather was as near perfect as it gets with only a few sprinkles one evening and morning. I managed to go 10 nights without putting up a tent by sleeping either on the ground or in my hammock. I think each of us lost track of what day it was and just soaked up the solitude and scenery. We had two cool mornings 30s and 40s and some warmer days upper 80s and 90s but a quick dip in the river cured all that. We carried about 1.5 days’ worth of water and filtered from the river daily. We did try to pack up and get on the water each morning by 8-9am as the preferred campsites can get some competition from fellow paddlers but the campsites are generally large enough to accompany two groups of 6 or so.

On one afternoon after we set up camp I did some rock scrambling up a bluff to a formation named “Turks Head”. This is a city blocks sized rock that sit up on a pedestal of red sandstone surrounded by a mesa as the river does a large loop around. I circumnavigated the entire rock on the mesa and peeking out on occasion to look at the river below. You got a good perspective on just how small and large things are. The top of the mesa is covered with beautiful red flint rocks and shards. The understanding is that the local Indians traded this flint across large expanses of North America. Another hike we all took on the last day at the take out was a hike up to some rock formations called “The Dollhouse”. It is a short trek of about 1.5 miles with ~ 1200’ elevation gain and is a must do if you camp here. This was another great trip with great company. Below are some of the many pictures the 3 of us took and our tracks down the river. 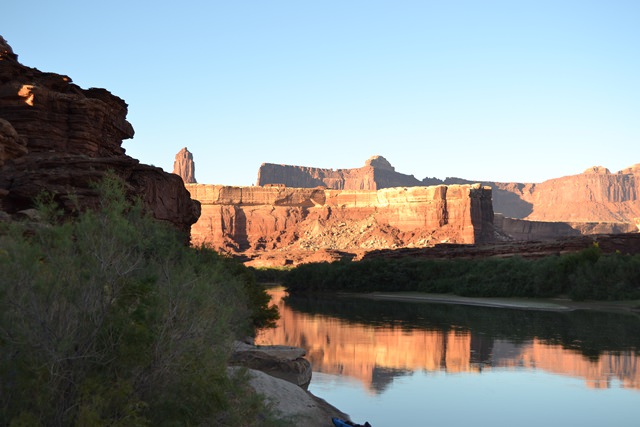 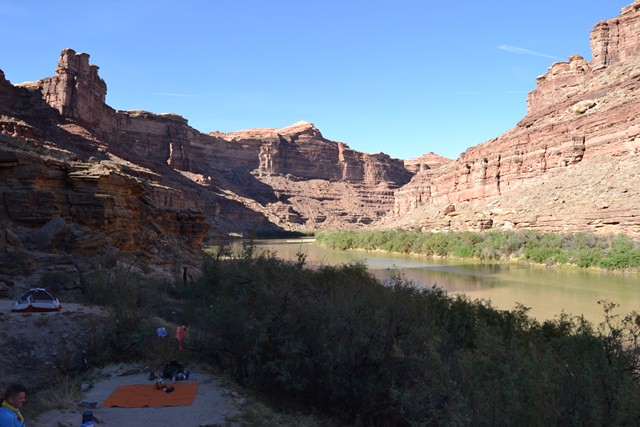 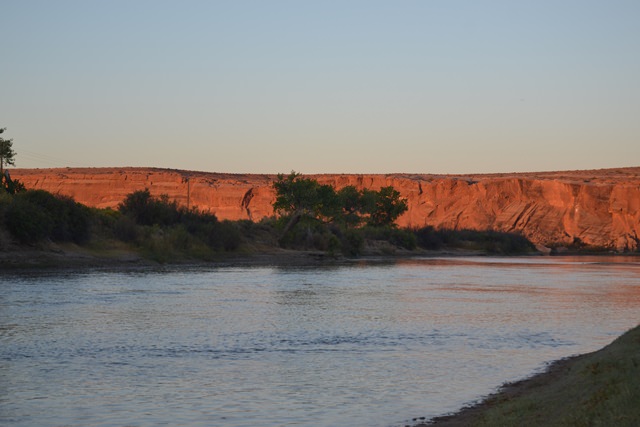 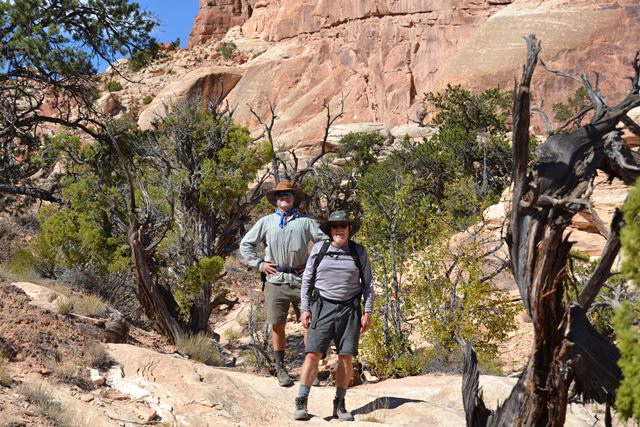 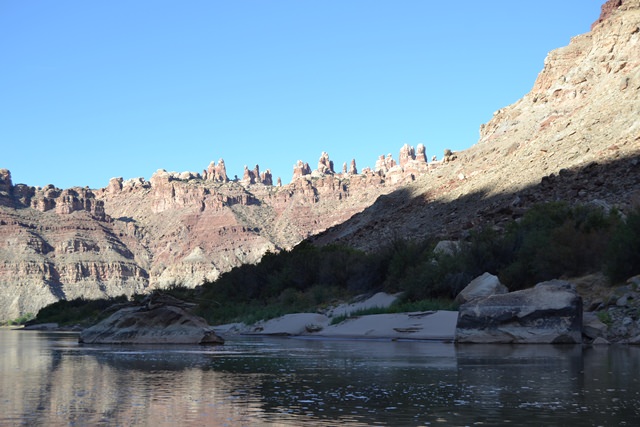 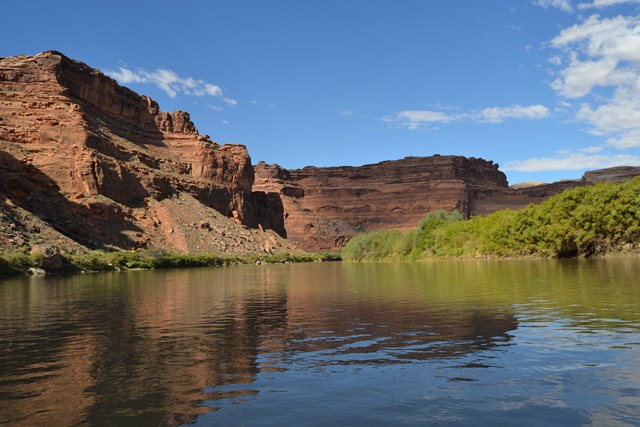 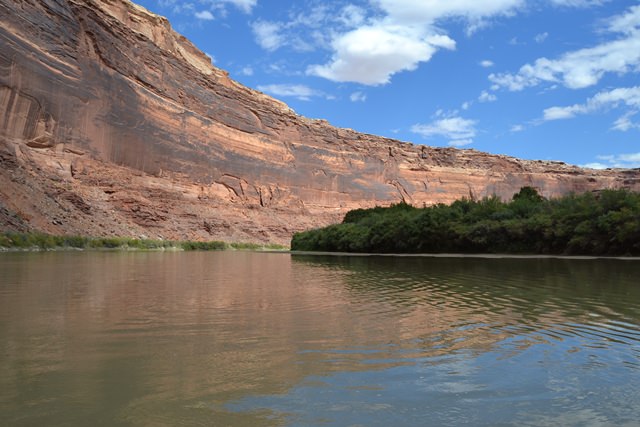 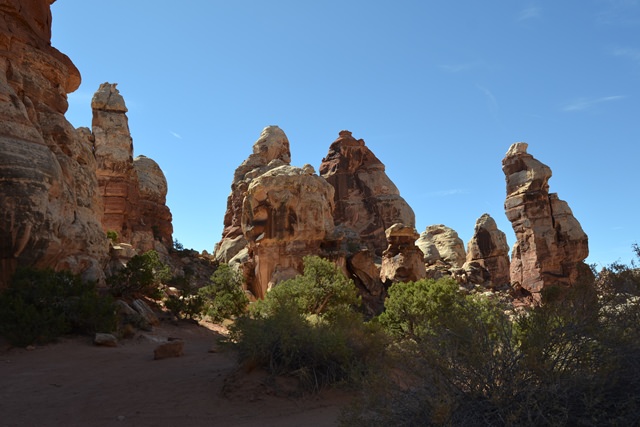 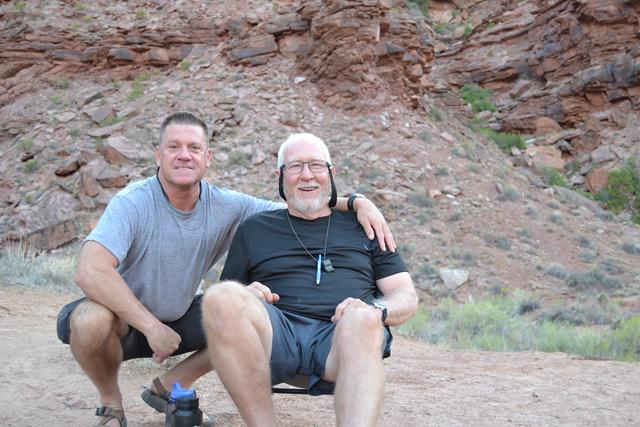 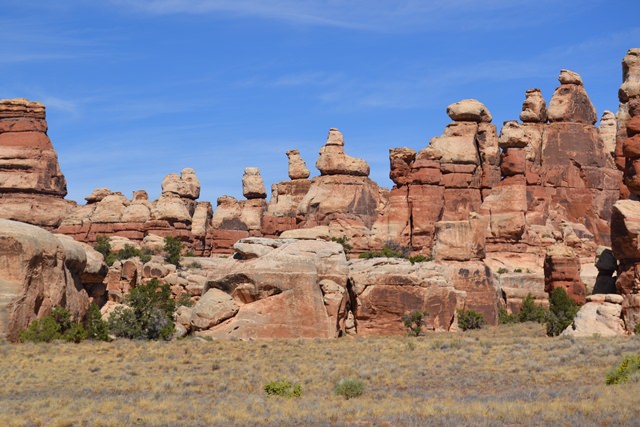 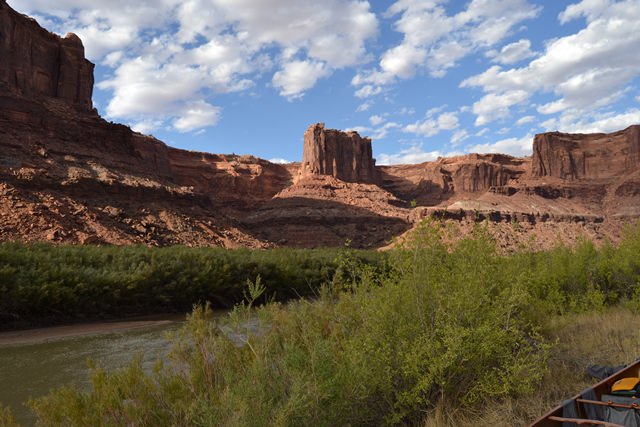 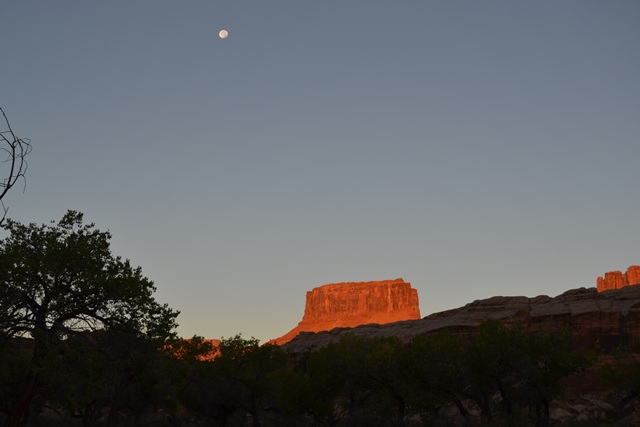 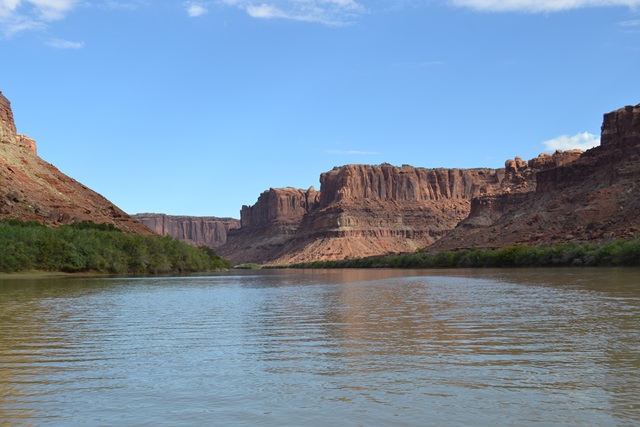 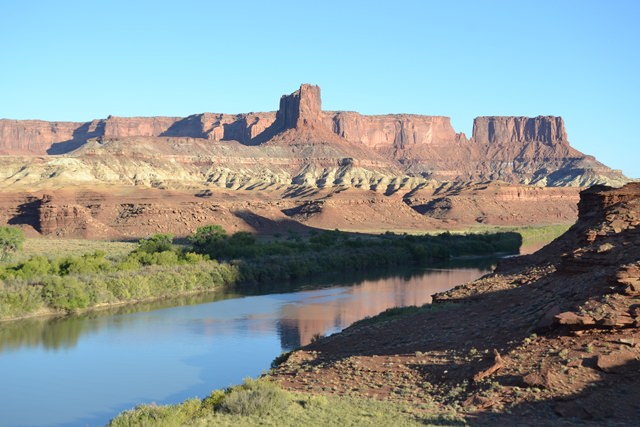 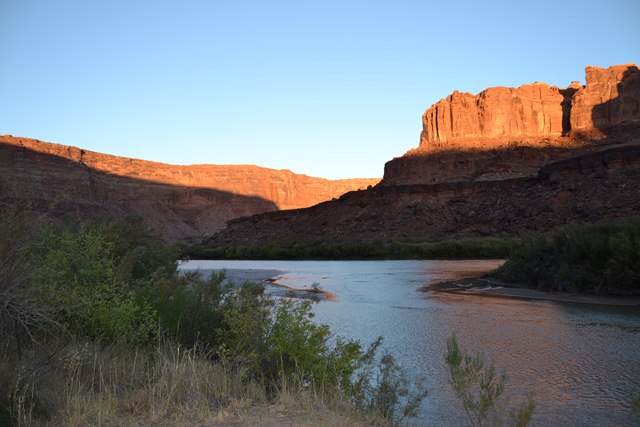 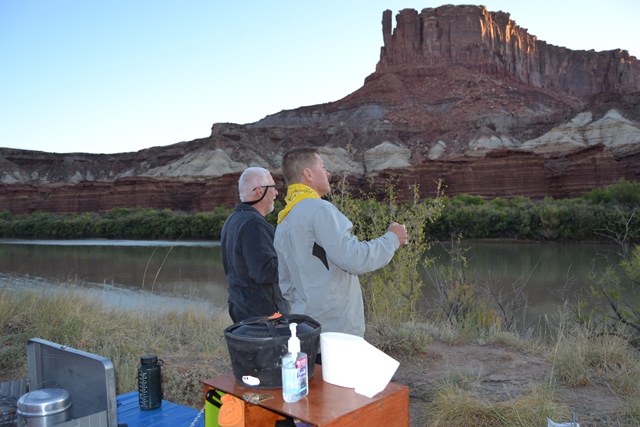 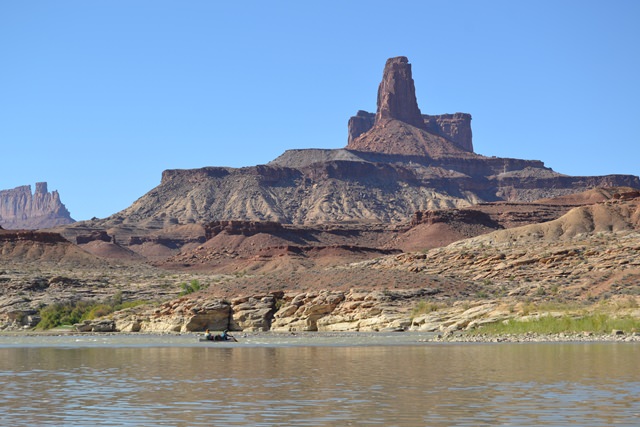 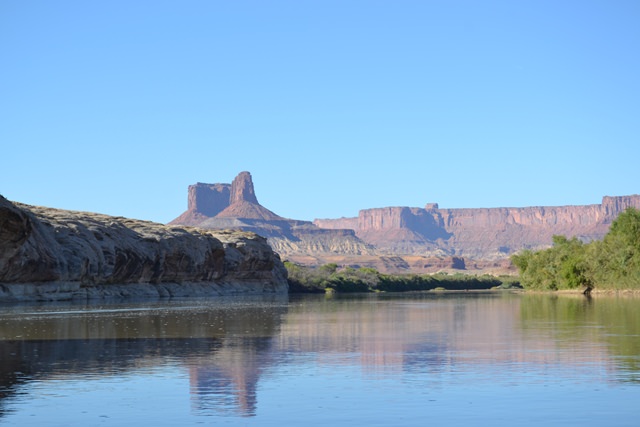 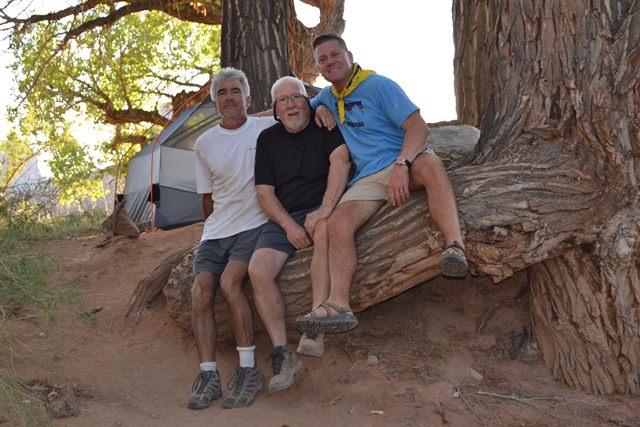 The three of us 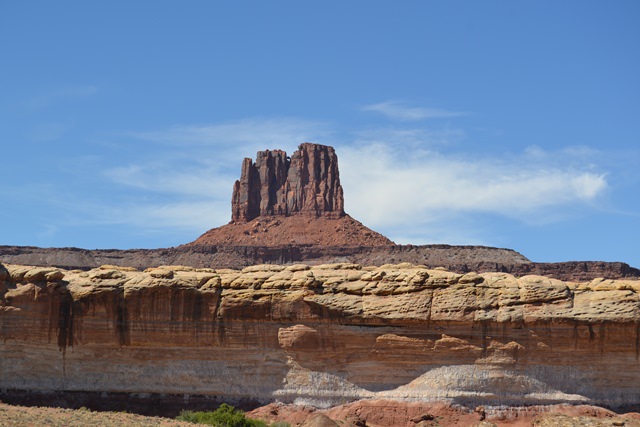 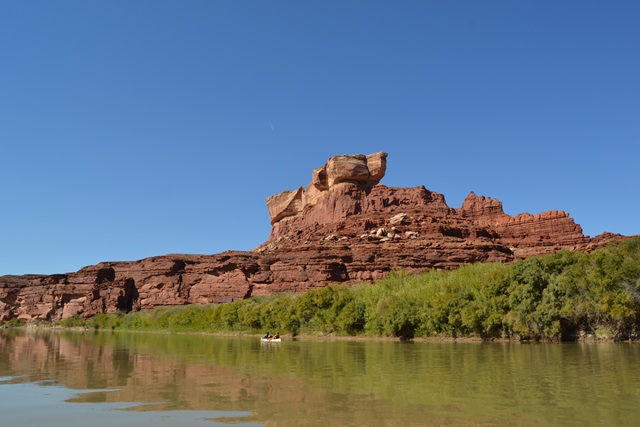 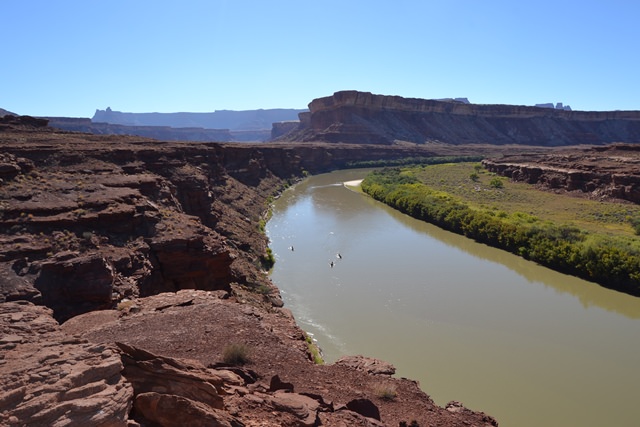 Looking at the river from Turks Head Mesa

Excellent photos and story! Enjoyed it!

I need to get Cary Beason to get some information […]

Gotcha. Have you found that site to be pretty accu[…]

Lewisville was my go to lake, its been years sinc[…]

Thanks for the info. What about a Fish Finder! My[…]