By zehtx6767 -  Fri May 18, 2018 9:52 pm
-  Fri May 18, 2018 9:52 pm #2263913
Never been. If anyone has any tips for a first timer to the area I’m going with my dad Sunday morning. Not taking kayaks because we were able to borrow a boat. 16 foot aluminum flat bottom. We’ve fished Sabine Pass multiple times in the same boat, just never been to Keith lake. Wondering if this style boat is okay for the area. I’ve heard it can get shallow there. Looking for any tips as far as fishing goes. Places to focus on. Places to avoid. Boat maneuvering. Also kind of just want to start a discussion to pass the time reading until we head out ha. Thanks in advance!

By kickingback -  Fri May 18, 2018 11:19 pm
-  Fri May 18, 2018 11:19 pm #2263932
I've been a few times in my kayak and launched from both ramps. One is free and the other is $10 self pay.
The free launch is next to the "rock" which is right in the middle of all the water that flows in and out of the lake tot he pass. Lots of bait and predators around the entire area. You will see other boats anchor up and fish the corner and others will fish the rock. If you go further to the bridge the water runs fast through the walled in sediment rocks halfway and it is a good spot to fish as well.
Close to the bridge you can fish for flounder shallow or around the structure there.
The rest of the lake is good to fish. Look for birds and bait. Fish the banks and any deeper "holes" you may scan.
The marsh is good on high tide for a boat but can be navigated on low tide carefully. Mostly mud back there anyways. Some good reds back in there as well as flounder and trout.
You can fish the back of the lake (west of launch) but I have never fished it so I can't help you there.
Just be careful with the water flow near the rock as it can be fast if the tide is moving from out to in in less than a 3-4 hour period. You can talk to the other boaters out there and get more details. Friendly peeps so far there.
Shallow at the other ramp. 2'-4' and to 1' in some places if low tide. Look at navionics and use your sonar.
Good luck and report back!
The blue route is what I fished when I went and caught some trout, a red and a couple of flounder. 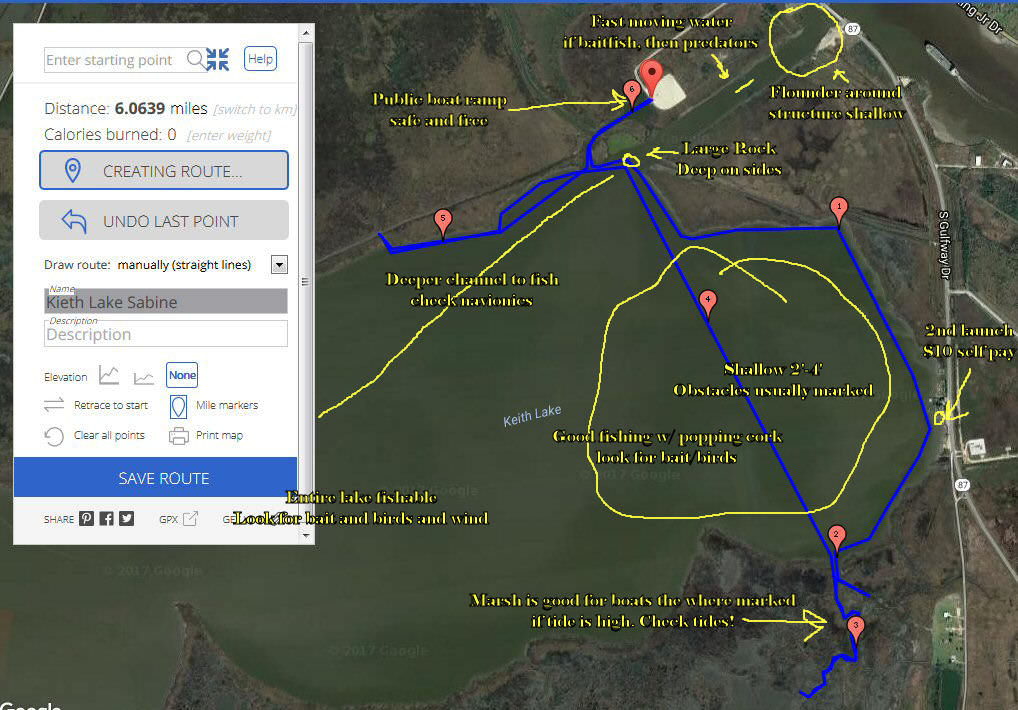 By zehtx6767 -  Sat May 19, 2018 2:42 am
-  Sat May 19, 2018 2:42 am #2263940
Awesome! Thank you. We’ll be exploring and giving these areas a go. I actually looked on google earth and the places you pointed out were places I planned on fishing. Thanks for the info though. Glad to see the places I planned to fish have produced for other people. Gonna be nice to have a boat and to be able to cover more water and explore. Will post a report afterwards.

I am fishing this weekend at Corpus. How are the[…]

Good evening all. Does anyone know if the King Ma[…]