Gonna be headed down to SLP area later this week . A few years ago we fished the lights at Jaimica Beach and had a blast!- no problems launching or fishing.

I’ve heard that that area might not be so friendly to those outside the community launching yaks at night fishing the lights.

Anyone know any spots in that general area where we can launch and fish some lights at night? Thanks!
Top

If you're on navigable water, you have every right to kayak and fish. A few owners get irritated when you're fishing in "their lights", and sometimes it's because they're tired of the $400 service fees for replacing the old timey high intensity glass lights when they get hit by a heavy lure or a boat prop. Most are pretty reasonable as long as you're not fishing when they're out on the dock fishing the same lights. If they object, save yourself the grief and move onto the next light. There's dozens in many canals. My other etiquette suggestion is don't anchor in any lights. Keep moving, even slowly. You'll catch more fish and less unwanted attention.

Sea Isle, Jamaica Beach and other neighborhoods with canals cut through them are in a hybrid legal territory in Texas, where the State owns the bottom under most navigable water. Since the canals were cut through private land, the land beneath may still be private. But once the canal is connected to navigable water, it becomes open to the public for any boating. Just don't step out of the kayak onto the bottom. (That's according to my former next door neighbor who was president of the Sea Isle POA).

Some neighborhood ramps do have signs limiting use to residents and guests. I don't encourage trespassing, but most neighborhoods have so many AirBNB renters, it's almost impossible to tell which cars are paying guests and who's just parked to fish. Since you don't need the ramp itself, you won't need a key to the chains that control access to the ramp. I've never heard of any kayakers getting into trouble parking, for example, at the Sea Isle boat ramp or the marina. You can launch off either one, and the marina would love to sell you some bait and tackle and burgers and beer.

You can read lots of fishing reports on TKF for Tiki, Sea Isle, Jamaica Beach and other canals. Staying in Sea Isle, I'm kind of partial to it. But if I was driving down from Houston, I'd save the extra half hour and look around Tiki and others nearer the causeway. From SLP, you may also consider Terramar and Isla Del Sol. Scout the areas during the day so you know where to park at night. Jamaica Beach is an enigma because they're incorporated into their own town and are a law unto themselves. The rest of the island is county and most of it is in Galveston City, even way out west.
Last edited by impulse on Mon Aug 08, 2022 3:39 pm, edited 1 time in total.
Top

Impulse, you answered that question beautifully & comprehensively like a guy who actually lives on a neighborhood canal, lol.

I'm a lawyer and approve of what you said. The bottom line is that fishing the canal lights is legal, but discretion is strongly advised to avoid property damage, nighttime nuisance and pissed-off canal residents. 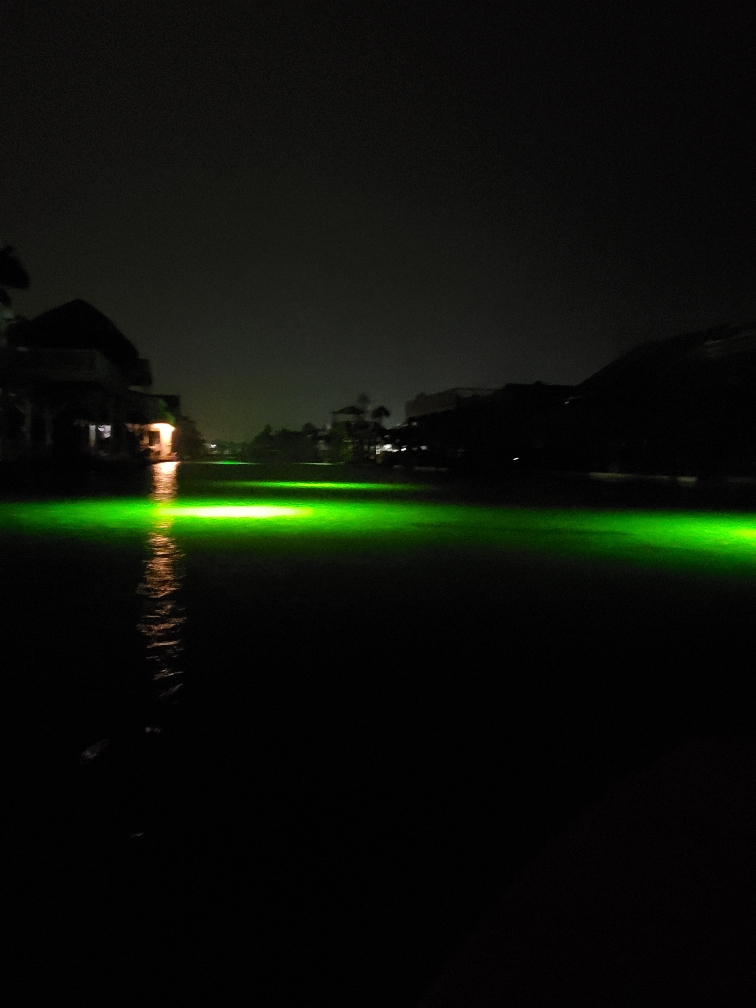 Here's a little experiment I ran comparing green lights with white lights. Normally, they attract about the same number of fish. Not this night...
Top

Thanks for that terrific comparison which has been borne out in my own nighttime fishing experience.

Thanks guys for the responses! Impulse - I appreciate your perspective! I enjoy fishing - many different types- from chasing bass in freshwater lakes, rivers, etc.. to chasing trout, reds, whatever else saltwater has to offer. That being said I want to do my best to leave my surroundings as good if not better than I found em, and to be respectful of the areas I'm fishing. Like I said, I have fished the lights numerous times, but wanted to make sure the landscape of things hasn't changed too much before heading out this weekend - Its been awhile! I appreciate it guys, and I'll try and post a report when I can. Thanks again!
Top
Post Reply
6 posts • Page 1 of 1