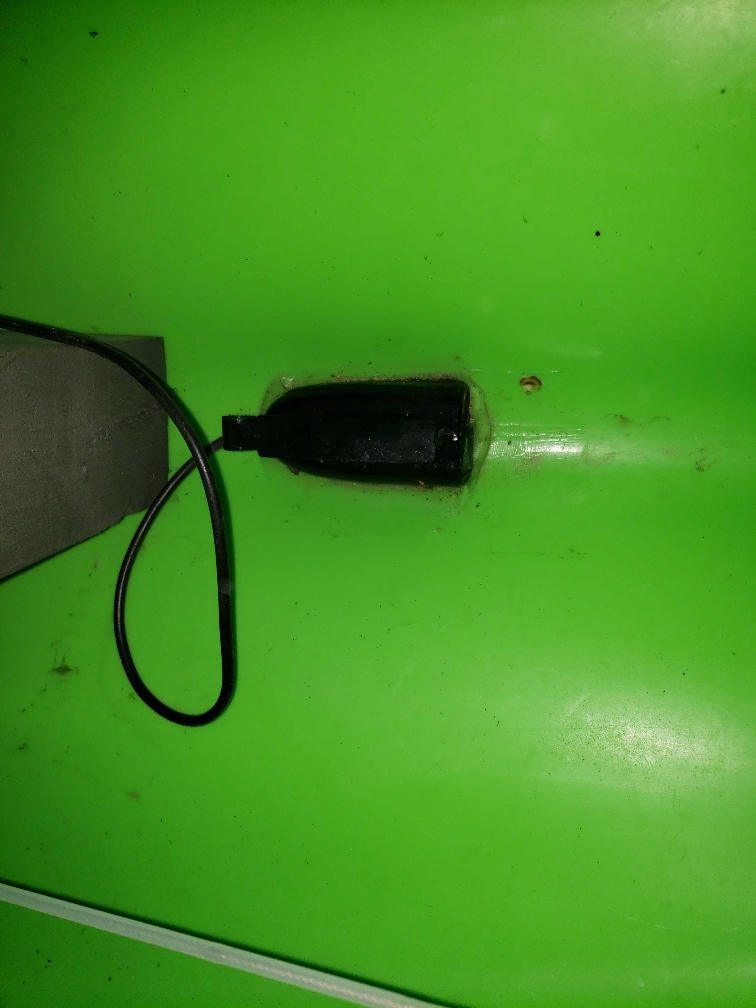 Oh, and I used Lexel as well when I installed my transducer 10 years ago. When I removed it this past summer it took quite a bit of hard prying to get it out.

By Yak Dog -  Wed Jan 01, 2020 2:43 pm
-  Wed Jan 01, 2020 2:43 pm #2296905
I used a epoxy to mount one in my old Malibu , the previous post was correct . It is very important to get all the air bubbles out between the trans. and hull. Good luck on the mount and you’ll love Summerville I plan on doing much more freshwater this year maybe I’ll see you out there. Luckily my current yak has port for a transducer mount I may put one on but undecided still. 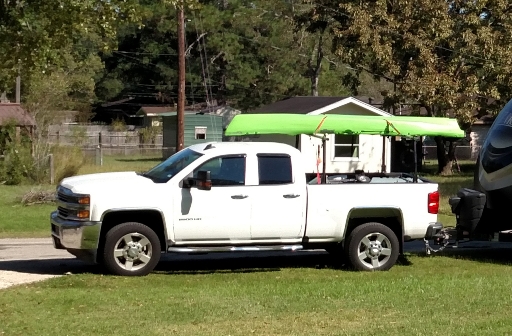 OVERRUN wrote:Thanks for all the replies. YAK DOG : I live right on the lake and I plan on being out there a lot. Don't even have to load my kayak, just strap the cart on it and roll it down to water.

I hate you. Just thought you should know.

I use a polyethylene table to make my 12V submersible green lights, which are encapsulated in epoxy. When I'm done, I let any spilled epoxy blobs set up and scrape them off the table. It takes very little pressure to break the bond between epoxy and the PE. (If it's epoxy that hasn't set, I use 91% or 99% isopropyl alcohol.)

My concern is that the epoxy will stick to the transducer and not to the poly. That makes a do-over impossible. At least with Clear Seal or silicone, I can scrape the transducer clean if I mess it up.

On a related note, has anyone ever tested a transducer before and after to see how much it attenuates when mounted thru the hull, as opposed to outside? "Clear readings" are a subjective thing...

Just don't want to end up with a big mess

, and the scupper hole transducer only ruined my transducer. 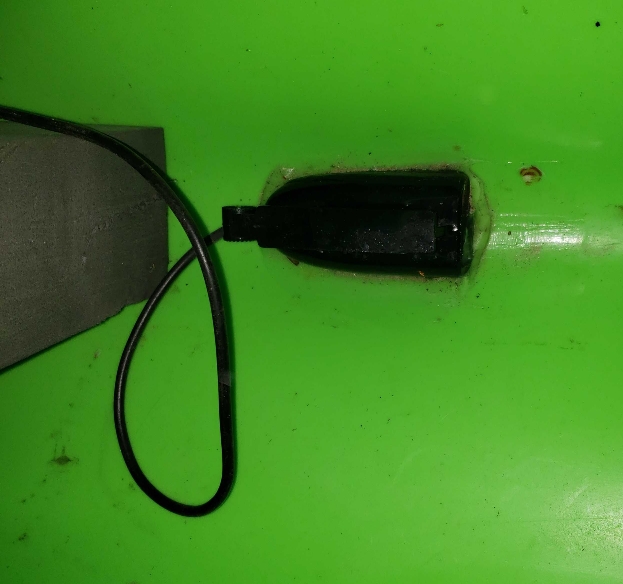 In my canoe, it's over the side....sorry no pic.
With the in hull application the graph reads perfect with no issues. However, the water temp reading is not accurate. Over the side application, the graph reads perfect and temp is accurate too. On the in hull application, I cut a slot under the foam support block that was already in the kayak and used clear silicone adhesive to secure it. I cut the slot a little too big so had to wedge a piece of plastic on top of it to hold it down against the hull. It's been in there for 3 yrs with no issues coming loose and I store mine upside down. In hull, It's out of your way and protected from possible damage with the trade off being inaccurate temps. Over the side, its sometimes in the way and prone to damage but you get accurate temp readings. Personally, I like it in hull.

Took everything out. Cleaned with alcohol. Took duct seal and rolled it flat per other advice in this thread. Nice and even. Formed some small edges. Put transducer into duct seal and is now working great.

Took everything out. Cleaned with alcohol. Took duct seal and rolled it flat per other advice in this thread. Nice and even. Formed some small edges. Put transducer into duct seal and is now working great.

Gotta say, I didn't see much wrong with the previous screenshots Looked like a typical echo on a hard bottom, then echoes where the signal bounces one or 2 more times between the surface and the bottom. You'll see a strong bottom at (for example) 5', then another, weaker echo at 10', then another at 15', until the signal gets too weak. (Edit: the 2nd and 3rd echo may look slightly deeper than 2x and 3x, depending on how you set up the offset for how deep the transducer sits in the water)

The one anomaly was identifying fish in the echoes (deeper than the actual depth), and I'd guess that's a problem with the algorithm the unit uses to identify fish. Possibly, that could be adjusted in the settings. Or turn off FishID and interpret the fishy arches by experience rather than electronic magic.

Along those lines, did you adjust your settings when you remounted the transducer? It would be great to see the before/after photos...

Pretty sure my original install was a mess- air gaps, uneven duct seal. Rolling out the duct seal made sure it was even. I didn't change any settings and the second install did exactly what I'd expect when the transducer was in the water- consistent readings with one bottom.

I hear what you're saying, but the 1st install was giving me just weird output.

Don't make it down often. Are all the old launch s[…]