Sea Isle, over the lights.

Hard to tell from the photo, but mostly reds, and mostly around the 15-20ish" size. Some bigger ones, and I lost one the other night that I just couldn't turn with my light rod.

They scattered when I accidentally triggered a motion activated light on the boat lift, so approach as stealthily as you can. The lights closer to the bay have the best concentration of fish, but they're all up and down. Catch one or two on a light and they spook for a while so it's time to move to the next light. With over a dozen lights on each canal, that's a lot of chances.

Edit: And though I took this photo in Sea Isle, I'm sure it's just as good in the canals at Jamaica Beach and Isla Del Sol.

I am still headed to Florida's emerald coast for spring break with the family, and I have my usual guide lined up for Friday, the 20th, so I will report back.

impulse wrote:It is on...

Awesome overhead footage of schools in lights! I see that sometimes myself and try to guess which light they will move to when I spook them by hooking up with one. There are very few good light locations like this in your video. When you go two or more lights in the same are it is funny how one light would hold more than the other/s!
Id that filmed from your back porch/deck and is this sea isle lights or other, I can't tell?

The leftmost light has been in the water around a year. I have to pull it every 2-3 months to clean the algae off it, because it doesn't get hot enough to burn the algae and barnacles like the 120V light. But that's easy- just pull the wire, scrape it off and throw it back. It's epoxy encapsulated LED, so it doesn't break like the glass 120V bulbs.

I started experimenting with 12V LEDs after a boat ran over our glass bulb, and a fisherman snagged the wire on our neighbor's 120V light, both times resulting in $200+ service invoices. I also don't like the idea of running 120V where the kids are swimming and kayaking, even if we do have GFI.

Probably a lot more than anyone wanted to know, but I'm pretty pleased with the results...

Edit: On an aside, I took a smaller (20 watt) LED light, mounted it under a boogie board on a 50' wire, and I can pull it behind my kayak with a small 10A-Hr battery lasting pretty much the whole evening. It's already pretty bright, but this week I'm adding a silver mylar sheet between the board and the light to see if that increases the circle of light.

Under the (Galveston) county’s (stay at home) order, residents may only leave their homes to seek medical care, pick up essential items such as food — for either humans or pets — or household supplies, participate in solitary outdoor recreational activities or to work at an essential business.

Gets a lot more interesting around 4 minutes into the video. And amazing in the wee hours. This photo was taken just before dawn.

I'd add that there are lots of reds, many of them keepers. But the hardheads are even thicker and quite a nuisance even on artificials.

By mwatson71 -  Tue Mar 24, 2020 8:22 pm
-  Tue Mar 24, 2020 8:22 pm #2300718
Man that looks like a good time right there. I'd still be a little worried about getting pulled over the first few days of the lockdown by an overzealous officer. Although when I was driving back to Houston from San Antonio early last week I flew past a patrol car (actually two on separate occasions) and neither even thought about coming after me. My guess is they'd rather watch me go by a little fast then expose themselves to COVID-19, but who knows.

If anyone wants to make a go in the Sea Isle lights I could be persuaded. Social distance rules apply, of course.

The way I interpret the rule, outdoor activities are a go, mind the social distancing. 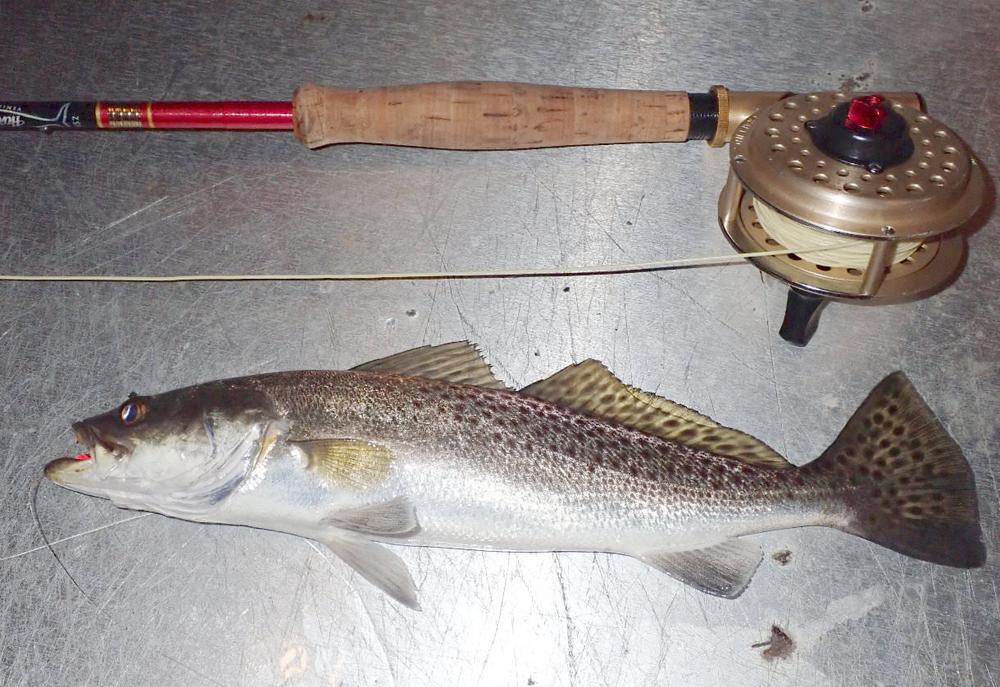 As before, the best mob of big redfish show up in the hours before dawn.

mwatson71 wrote:I just realized your video is a day behind.

Yeah. It takes awhile to get them off the security camera, look at them to see if there's anything worth noting, then post them to YouTube.

I'll look for you in this morning's video.

Ron Mc wrote:With security camera scrutiny, I think you should be arresting some of those loitering redfish.

I took care of it for him.

On our first 3 powerboat trips Shoffer & I cau[…]

When I first started kayak fishing I rigged up a c[…]

Long shot but is anyone with a P14 looking to down[…]