By Dandydon -  Tue Nov 19, 2019 6:58 pm
-  Tue Nov 19, 2019 6:58 pm #2295915
Shoffer & I tried to mobilize the Hobie Navy to hit East Matagorda Bay this morning, but Watson & Kickingback called in sick. They missed an epic day!
We launched pre-sunrise at Rawlings Cut and worked our way into the bay, amazed at the vast glassy waters glinting in the sun. Winds were calm, water temperature about 60 degrees and 2-feet water visibility. Not much bait activity but you could see swirls & splashes over 100 yards away.
Shoffer quickly landed two small speckled trout in about 4-ft.-deep water and called me over on the marine radio.
I came in trolling my beloved white Down South 4" paddletail while Shoffer was 30 feet away reeling in the same rig. Suddenly both our rods bowed over & we were fighting big specks, silver scales flashing and water splashing everywhere.
After a few Apache war calls we both landed fat 25" trout. Then we noticed our location over a large reef which we named "Double Hook-Up Reef," so marked on the GPS log.
For the next hour or so we worked that 200-yard long reef, catching double-limits of solid specks and also a 23" Redfish for me on a Tony Acetta gold spoon. We had to release about a dozen legal trout, a labor of love under the circumstances.
On my way in I was trolling the reef and greeted two kayakers heading toward me. I told them to work the reef.with white plastics, then immediately landed another 25" and a 23" speck in front of them to illustrate my point, both released.
Shoffer and I both released two 25" trout this morning. That kind of fishing puts a smile on your face & a song in your heart. Matagorda rocks! The Winter fishing pattern is finally here. Oh joy!
See you on the water. 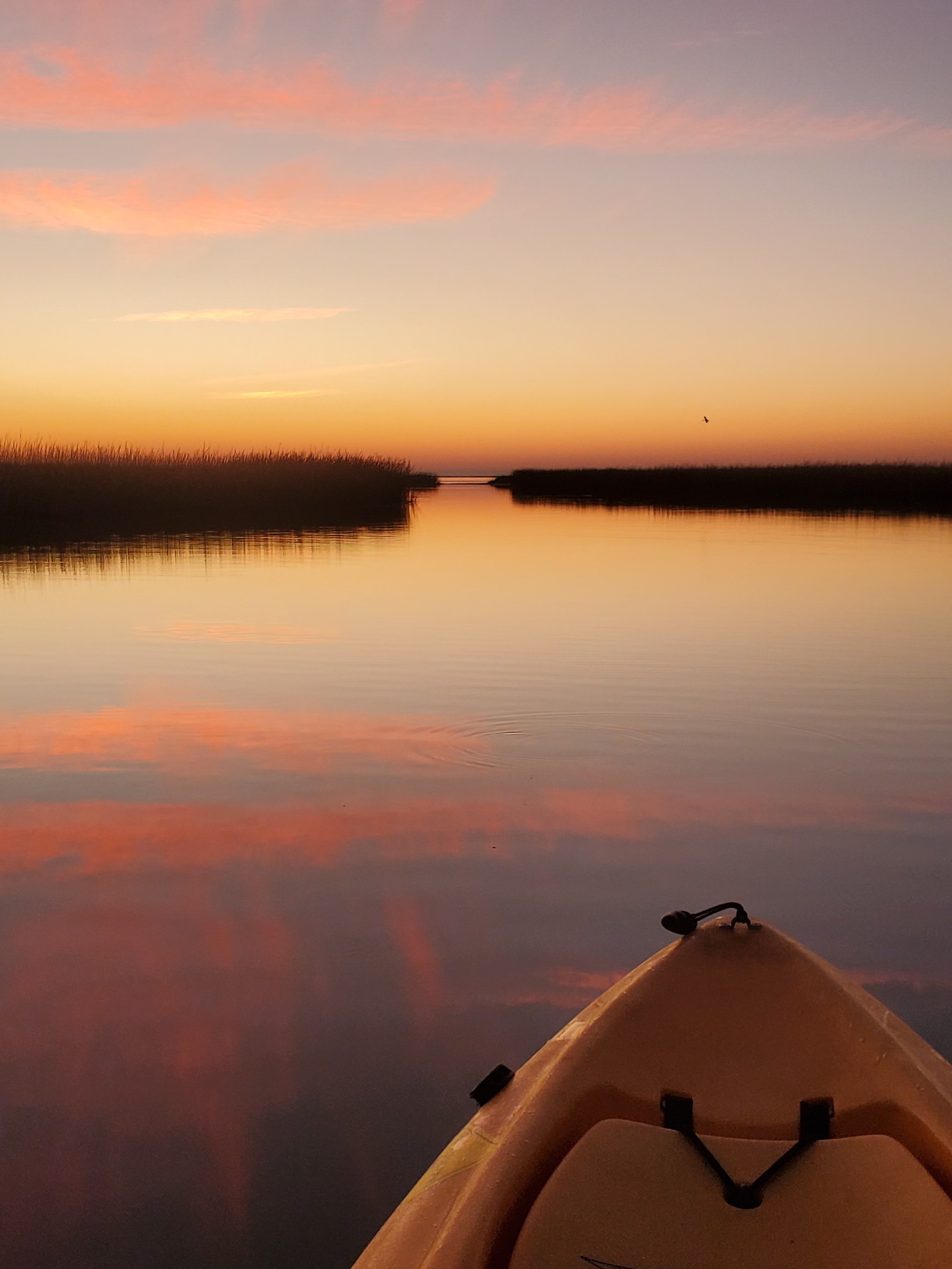 By Dandydon -  Wed Nov 20, 2019 7:37 am
-  Wed Nov 20, 2019 7:37 am #2295947
You can't go fishing when your body is sick! That's why I take vitamins, practice Kung Fu, do fast daily bike rides, win all my legal cases, and chase young Mexican gals around until they let me catch them... My positive attitude and humor keep me healthy.
Plus I take shit from NOBODY, including our government. Follow me to big laughs and big fish limits, men! I'll be your guide.
Next fishing trip? Rollover Pass!

Some photos of the first two big girls I caught are below. I let the first one go, but the next one (a 23 incher) I kept as she had swallowed the lure and there was bleeding out. You can see her head on the picture next to my 20 inch mark on the boat. After that, another 24 to 25 incher, and I threw her back. Then it was consistent keeper trout - 18, 20, 21, 23, 17, 19, etc. I did not bring a scale, but I think the first one was easily six pounds. The others seemed to weigh a little less. 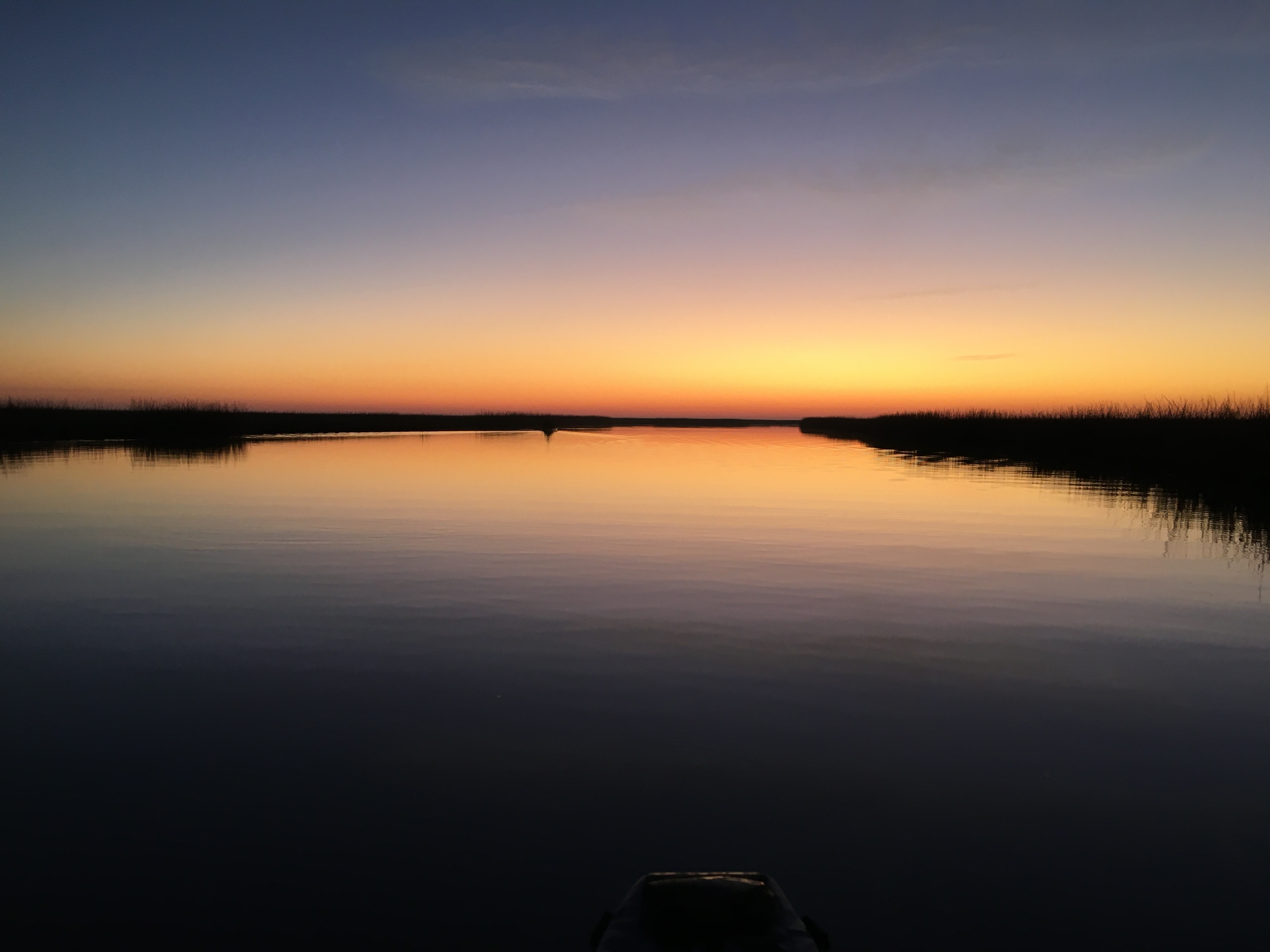 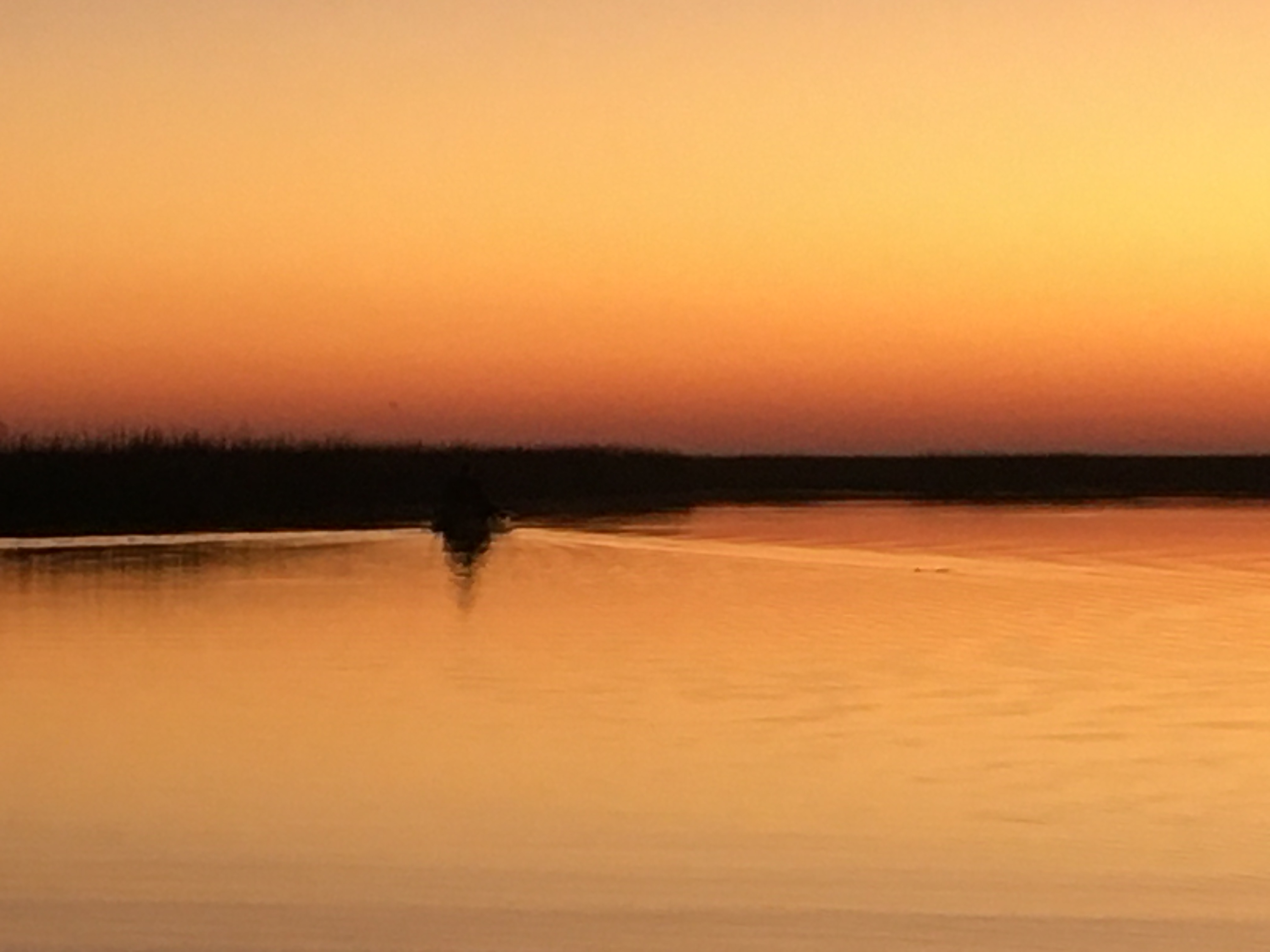 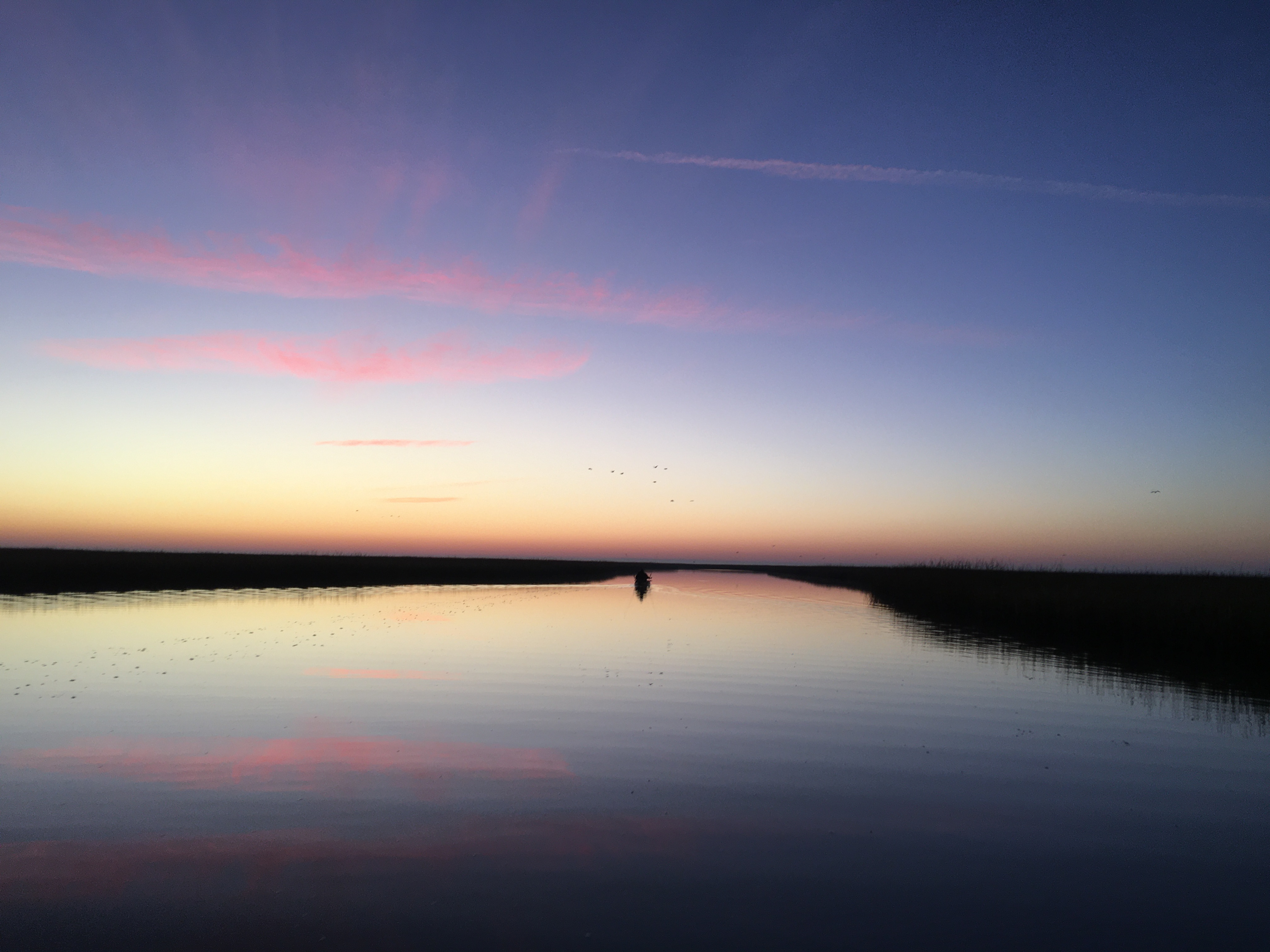 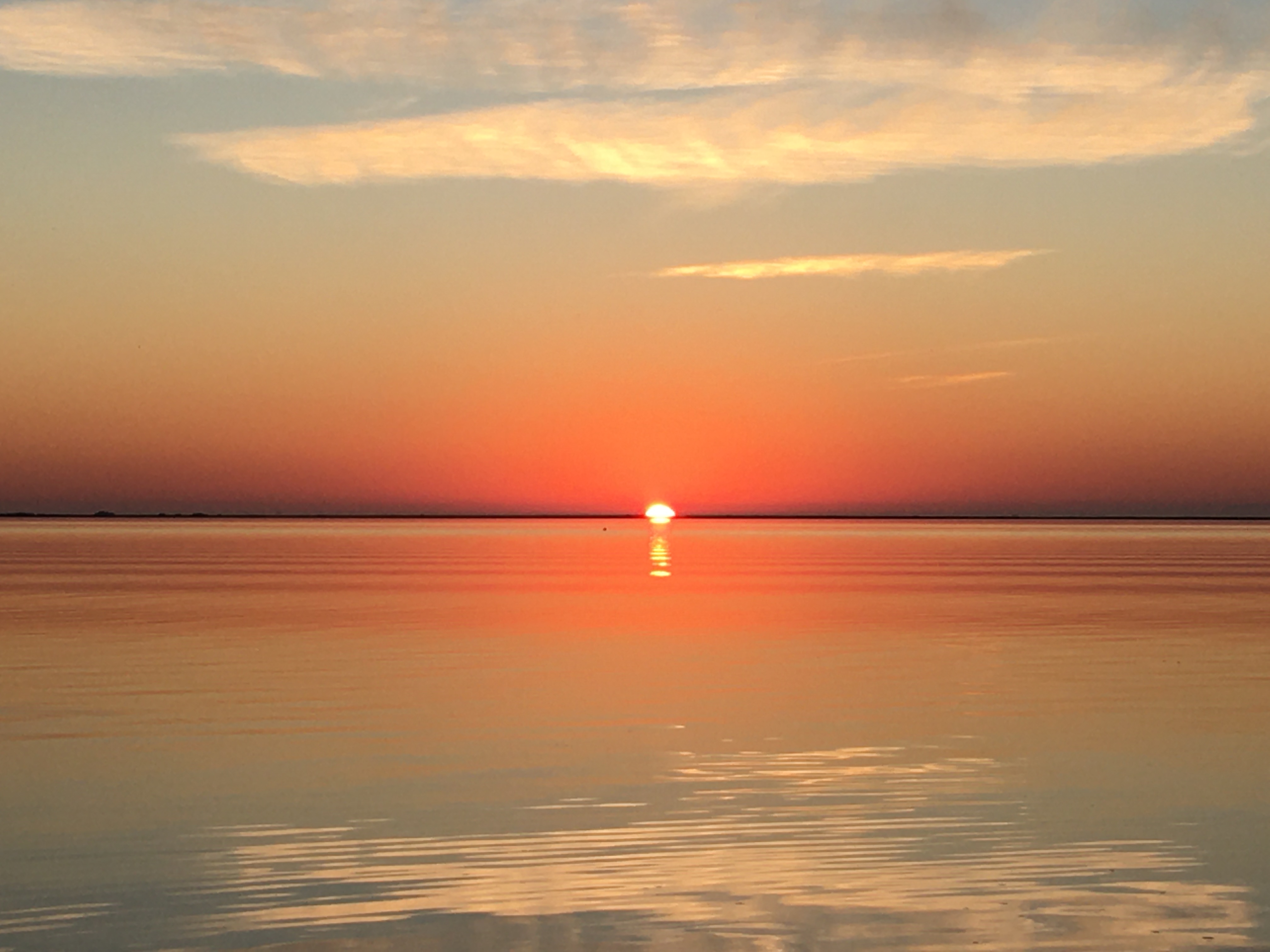 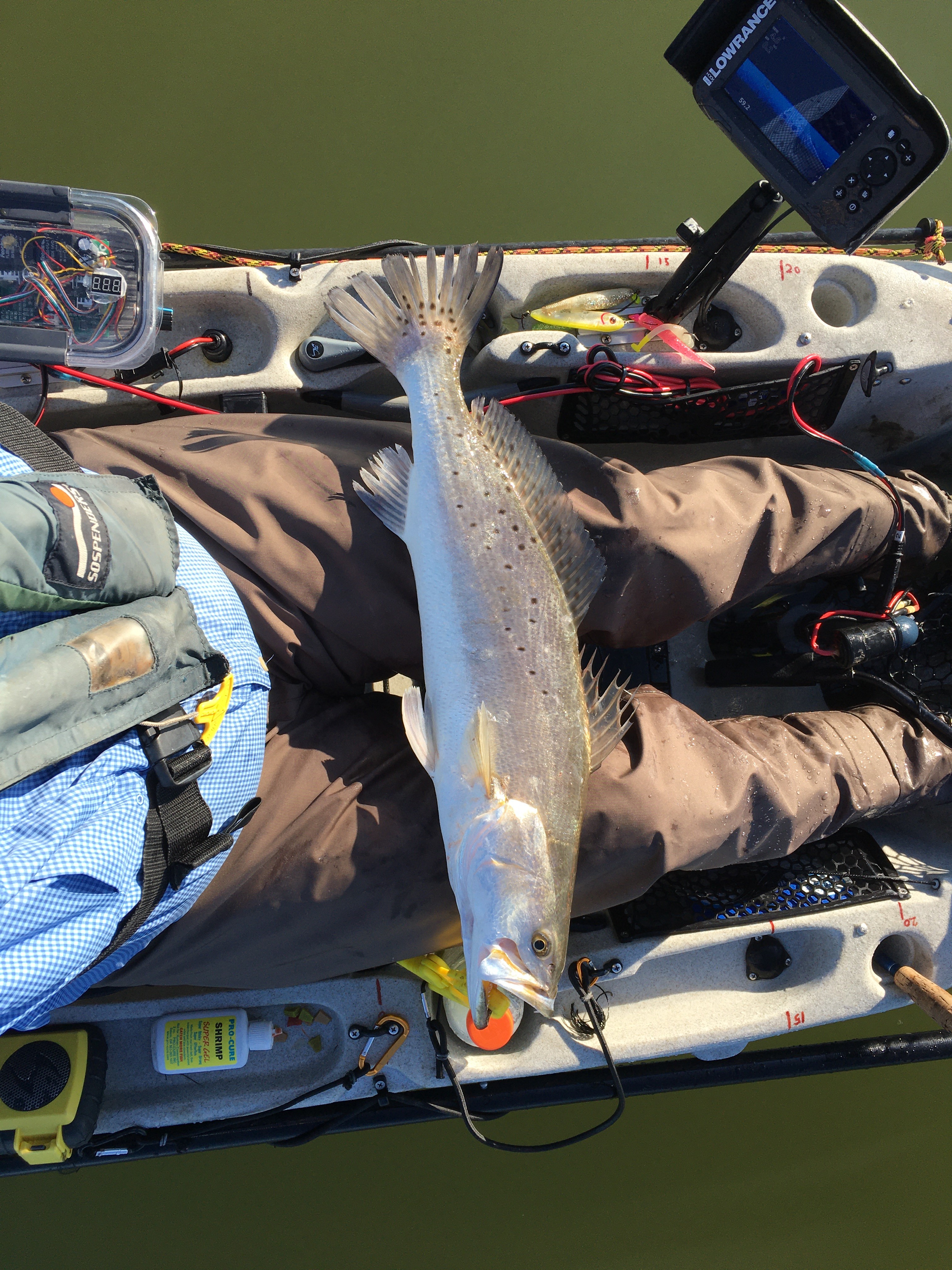 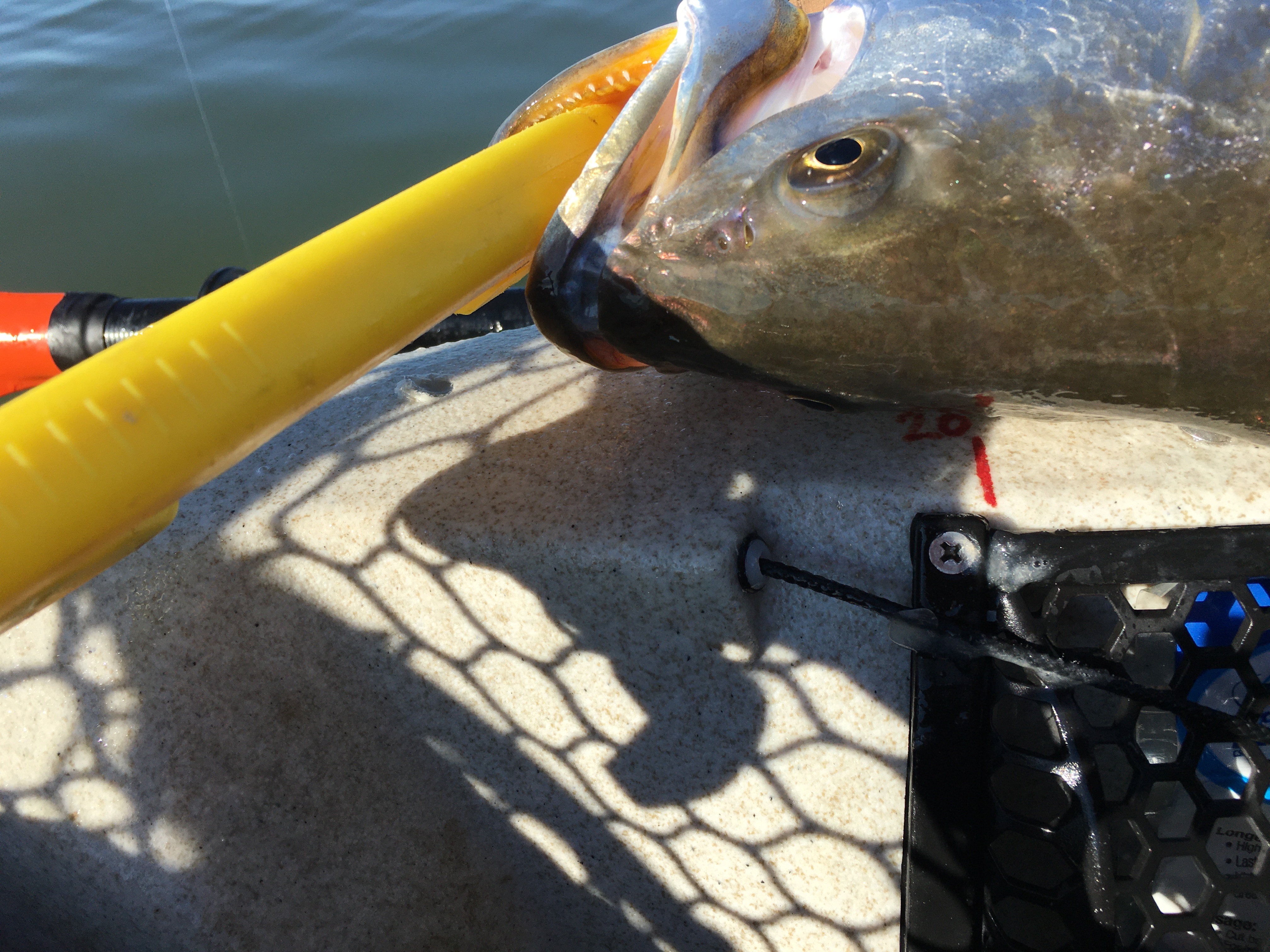 Winds were light, water temps were 59 degrees, barometric pressure was rising, and we were in a major solunar feed at the time of most of our action (though we caught fish continuously from about 8:30 am until 11:40 am when we headed in). Fish were located in 4 feet of water on top of or around the reef that was a muddy bottom with scattered shell in a cove. My fish were caught on a White/Glo Down South Paddle tail, or the same color in TTF Hackberry Hustler model, tipped with fishbites or Procure Shrimp gel, on 1/4 oz jigheads with a fluorocarbon leader with a loop knot to the jighead. 90% of my fish were caught on the troll.

I also caught a couple on a LeLe I trolled.

By Dandydon -  Wed Nov 20, 2019 11:31 am
-  Wed Nov 20, 2019 11:31 am #2295953
Thanks for filling in all the fishing details for our TKF brothers, Shoffer! As usual, you nailed the tides, water temp, and Solunar window! You told me yesterday that this was perhaps your BEST TROUT TRIP, ever! Yes, it was awesome, but I'm older than you with many more trips taken. This barely cracks my TOP TEN, ha ha. Ron Mc and I have had better fishing trips LAST YEAR! Ha, ha. Oh my...
Nothing will ever compare to my 2003 Sabine Lake stringer of 8 trout caught wading a green SkitterWalk in 70 minutes of unforgettable action: 3 over 9lbs (to 9.75 lbs, 29.75 inches), 3 over 8 lbs, & 2 over 7 lbs, all released. Our fishing guide was so flummoxed watching it that he moved to Australia! Best day of my young life. Fishing embeds memories in our brains we'll always treasure.
See you at Rollover Pass, next week!

Then I have a sacramental Makers Mark & select our fishing location. "It's GOLD, Jerry!"

Although we are both busy lawyers, we can often bend our schedules to stalk & catch solid gamefish. Especially this time of year. We also welcome other yakkers to join us, if you'll keep up, laugh at our jokes and sign some non-disclosure, liability-waiver forms.

Next week at our next Window we shall drive to Bolivar Peninsula and fish the legendary ROLLOVER PASS. This time of year expect heavy Grand Slams working white soft plastics over all those reefs over there along & around the Intracoastal Canal. If you want to join us, call Capt. Shoffer and bring some tacos for Capt. Don. See you along those reefs, men!

"Fishing with Flyingfish TV Part2" on Yo[…]

Tarpon 120 with plenty of fish-catching mojo for s[…]

2019 Hobie Outback. Comes with all the accessories[…]