I have paddled the Illinois River many times mostly in October and January, fall colors and deep freeze. I had never paddled the stretch from Watts down to Chewey and have had it on my list for a while now. With all the COVID-19 shutdown crap I did find someone willing to help me with my shuttle, Falcon Floats. Also, I would like to note that Sparrow Hawk Camp is no longer in the river rental float business. My understanding is they now are in the cannabis growing business. Chuck from Falcon Floats was very nice fellow and we drove my truck and boat upstream then he drove it back to his place for safe keeping at the rivers edge. I elected to paddle my Ocean Kayak Trident 15 vs. my canoe as this was an unknown stretch for me and this river is known for many changes in course and obstacles in any given season with some significant log jams. I also wanted to make good time with 50+ miles in two nights on the river.


April 17
I managed to get on the river by 9:15 which was great. Before I even put in the river there was a Bald Eagle sitting perch in a large sycamore just downstream, as I paddled down I could see a large nest on river left. This stretch of river turned out to be much wider and flowing than what I had expected. I did not run into any significant log jams but a few that did require me to slow down and navigate a safe passage around logs located in big river bends. I really wanted to make some distance but did not want to go below the Chewey bridge for my first night. A cold front came through just as I was putting on the river and I started with shorts and a short sleeve shirt with temps in the 50s but shortly after temps dropped into the mid 40s and I had to pull over to put on some river pants and longer sleeve shirts. I did make a couple of snack and a lunch break then about 3pm started looking for a place to camp. I was being a bit picky as I really wanted to be out of that brutal north wind and also have a place to hang my hammock along with plenty of firewood. I was expecting low temp for the night in the upper 20s. Finally just about a half mile above and within sight of the Chewey bridge I found River Nirvana on river right. Great hanging trees out of most of the wind and a virtual firewood buffet. It did not take me long to make camp and make a large pile of firewood. Dinner would be a T-bone, boiled potatoes, and peaches. Just before dark I could hear what I thought to be Elk up on the hill wanting to come down to the river to drink, I was in their normal path so the made a bit of fuss. Elk are known to be along the upper part of this river an also all around the Boston Mountains and part of the Ozarks. I have pictures of them along the Buffalo River in AR.
April 18:
I slept until 6:20 then up to get that fire revived as it was 27 out and I really needed two things, warmth and coffee in that order. I had saved aside some small kindling and ready to get the fire go and it only took 3 puffs. Breakfast was oatmeal, Cliff bar with peanut butter and some dried mango then packed up and on the river. This part of the river is very familiar to me and the sun was out and warming fast. I was in shorts T-Shirt the entire day. I stopped about 1pm for lunch and a bath. I only saw on other couple putting in at Peevine Hollow for a day paddle down to No Head Hollow and that was it for river traffic. I had wanted to be close to my truck but not finish and spend one more night on the river. I started slowing down after lunch and looking for the Nirvana #2 but no luck. I passed by Sparrow Hawk about 4pm and there was nothing left there. Knowing that I was getting close to my truck I started to be a bit less picky on campsites. Then on river right just past Sparrow Hawk I found camp Nirvana with great hanging trees, shade, out of the wind and of course a FIREWOOD Buffet. I just kept thinking of Sue Harris and how she would have loved this place.

After setting up camp and collecting a large pile of firewood it was time for a bath and quick nap. Dinner would be Chili warmed in the can around the fire with a some slices of homemade Jalapeno Cheddar bread topped with peanut butter and heated around the fire. I sat by that fire until about 11pm and listened to nature at work, owls and coyotes. It was a very warm night as temps remained in the mid 50s.

April 19
I was up an moving by 4am with coffee by the fire just listening to the sound of the night until daylight. Then quick Cliff bar with peanut butter and packed up. I was on the river by 7:30. I was only a 15 min paddle down to my truck. The entrance to Echota is on river right and is really log jammed and you have to take a leap of faith getting out and pulling over some logs.
Below are a few pictures 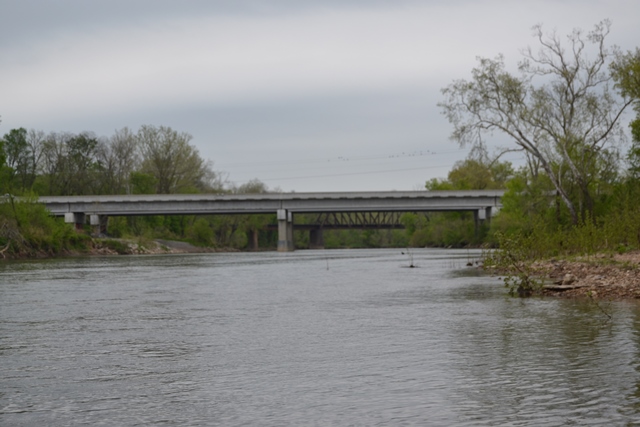 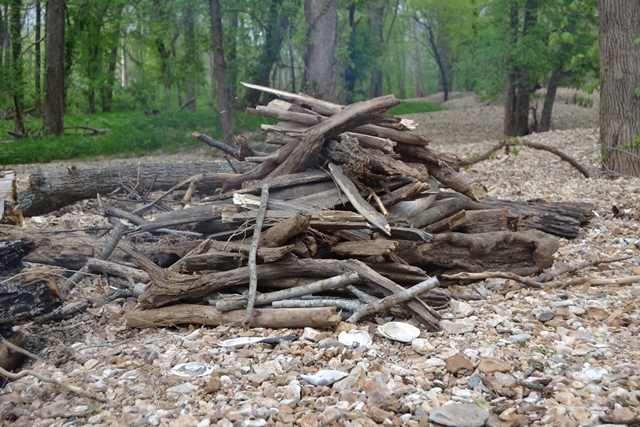 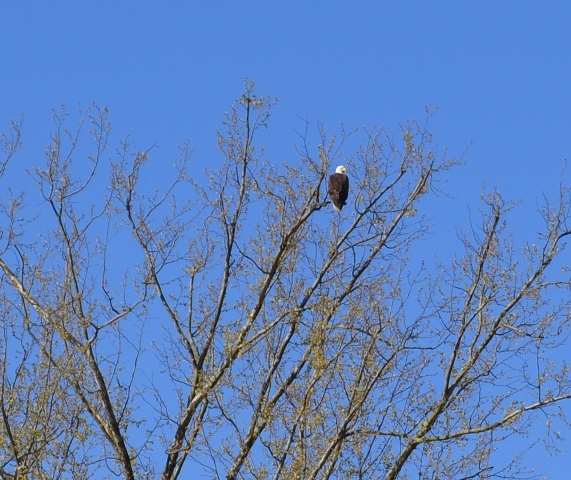 One of many Bald Eagles 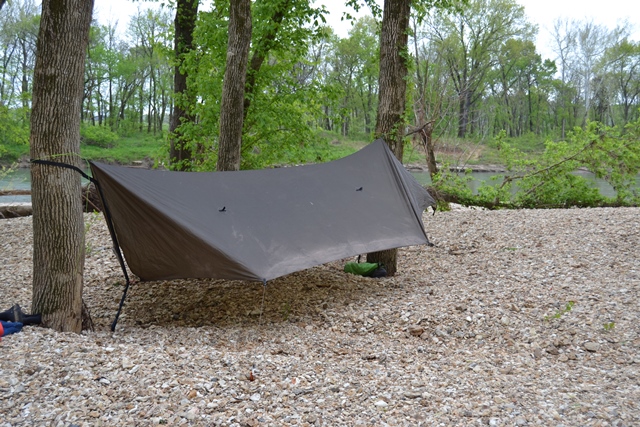 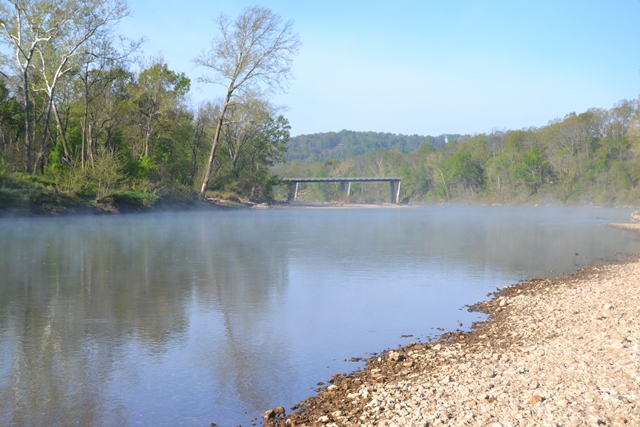 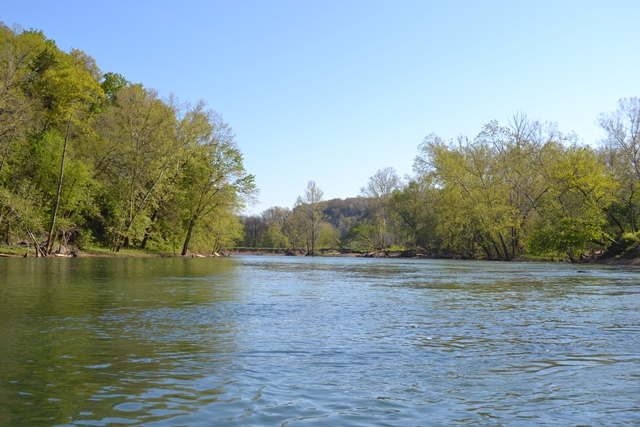 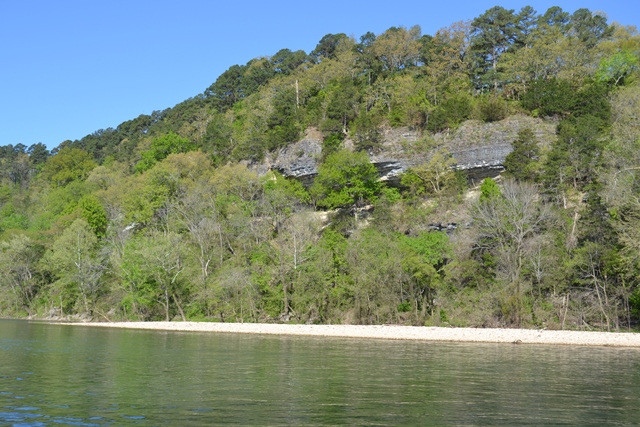 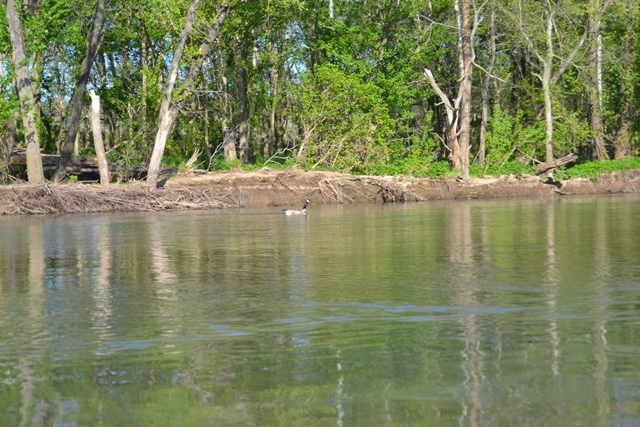 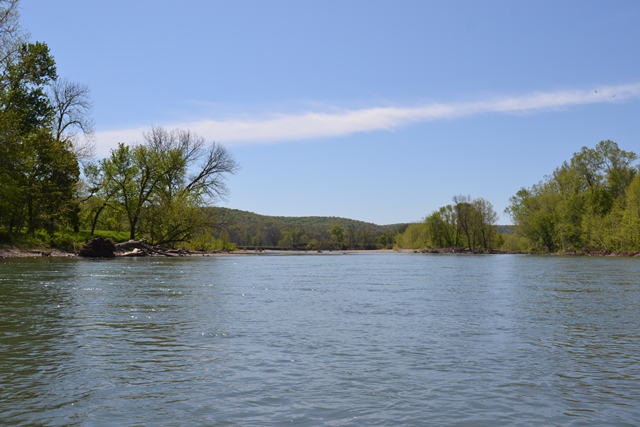 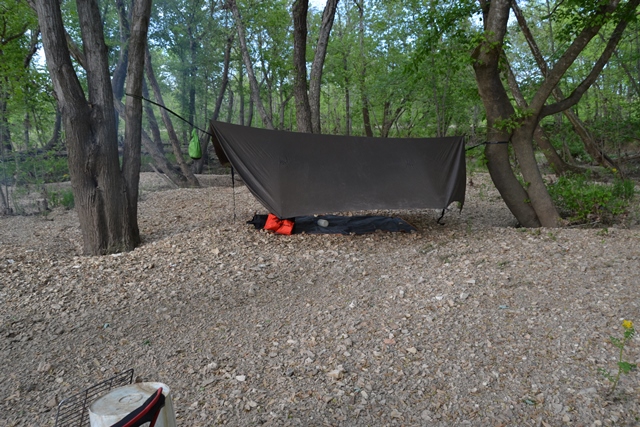 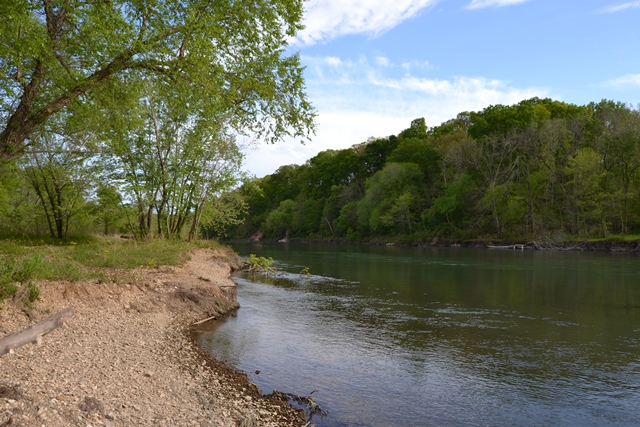 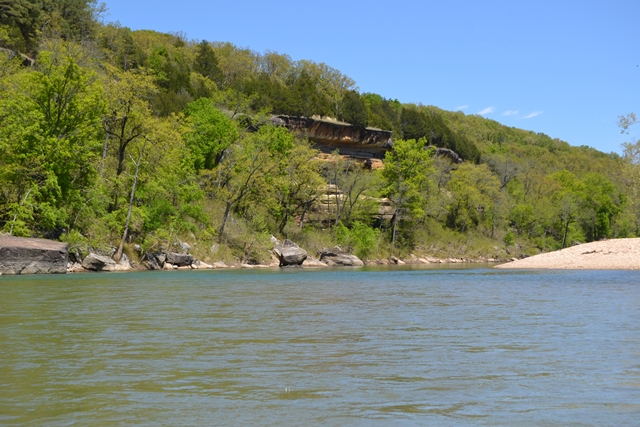 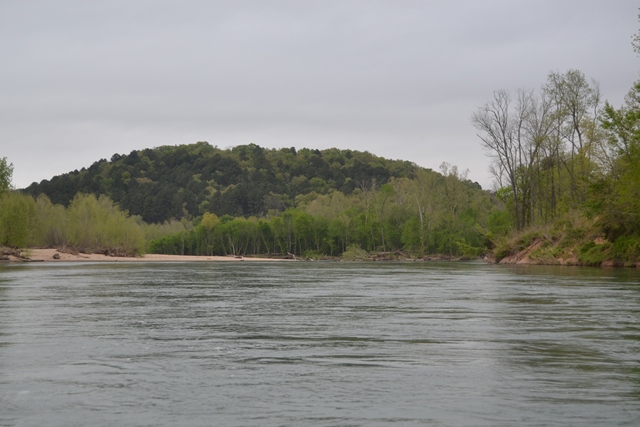 Close to take out on river right