I had some extra vacation time and wanted to follow my friends advice and stop being a creature of habit and go someplace new. So I did a little reading and poking around on google maps/earth and found a river that was fairly remote (at least one section) and certainly someplace new. This river actually starts up in British Columbia and flows south into the US following the western edge of the Glacier National Park. If you camp on river left you must have a backcountry permit from the park. If you camp on river right you will need to camp in the national forest and avoid the many stretches of private property.

I picked up my shuttle driver at 7am at Glacier Raft Co and we started the long mostly dirt road drive 60 miles to the border. A nice young 24 year old fellow names Steve. We made about half of the trek through Glacier National Park and then crossed over Pole bridge into the national forest following the west side of the river to the border. While the road does cross into Canada there is no crossing allowed as it is no longer manned to allow for that. The put in is out on a gravel bar and you will have to carry all gear about 60 yards from your vehicle. The put in is literally at the border I loaded my boat 10’ south of it. Steve helped me carry all my gear to the river and waited until I was fully loaded and ready before he drove my truck back.

This is a really clear river and the rocks on the bottom are among the most colored I have ever seen with vivid red, green, black and gray, the colors really stood out. The view is also great with the mountains of GNP to east. The gradient on the river (15 fpm) makes the river rather a float than a paddle. In fact I do not recall really any stretches of slow water. I was on the water by 10:00am and gently floating downriver. In the early spring the river gets clogged up with log jams and the rangers come down and cut paths. There were some strainers and a few small class I and I+ rapids in the first 20 miles. At mile 6.1 there is a very nice island to camp on that is 0.9 miles long. Below the island the camping is spotty until the Ford access. Camping at Ford is okay but felt I could do better. After Ford there is a long stretch of private property. I had found a really nice place to camp about mile 12-14 but it still had people at if from the night before so I kept moving. I found a great spot with a great view of the mountains in GNP at mile 20, just above and next to Hawk Creek. There seems to be a road that comes down to the water from the main road just below the creek. I made camp and had a great fire with steak, baked potato and pineapple for dinner. I did see a few rafters float by during the remainder of the day, which by the way at this latitude the sun does not set until 9pm sometime and has a low angle with daylight until 10pm.

I slept well in my hammock and the morning temp was 33 so a quick fire and warm coffee were just the thing to watch the sunrise about 5:15am. Some eggs, bacon and toast for breakfast and on the water by 7:30. I fished a bit and caught only small rainbows. I noted some good camping at mile 24-25 with private property from mile 20-23 then again past mile 25. I made the Polebridge GNP entrance by 8:30am. The take out is on river right just past the bridge a bit. I stopped to stretch and scope out the GNP entrance then paddled on. Be

The first 25-35 miles of the river are very scenic and beautiful but with small number of camp spots. This would be an issue on a weekend with more people on the river. Below mile 35 there are few mountain views but the river is still very nice but more people who put on at Big Creek or Glacier Rim access points. Camping in those sites is okay during the week but from what I gather it is crowded on the weekends. This would be good late Aug to early Sep trip after kids are back in school and the crowds slow down a bit.

I kept paddling and stopped and scouted out a nice looking spot about 0.3 miles past Big Creek. The site was great but the wind was funneling up the river at that spot something wicked. I decided cooking would prove a real chore unless the wind laid down, so back to paddling and by now I only had 10-12 miles to my take out. I called the outfitter and had them bring my truck down to Blankenship Bridge. I arrived at the take out about 5pm with a few others taking out also but not too crowded. This is grizzly bear country so bring your bear spray. Although I did not see any bears you can tell the locals are very prepared for encounter as every fisherman I saw wading along gravel bars had bear spray in a holster on their hips.

Hindsight is 20/20, I should have slept later and not got on the water until noon then spent 2 more nights on this fantastic river. My weeks plans also included driving to Yellowstone National Park and camping out on the shores of Yellowstone lake. I wanted to spend extra time on the lake so I decided to finish out early on the river. This proved to be a mistake as t I did not much care for Yellowstone lake. More about that in another trip report. If I venture back up to this part of the country I will make this river part of a multi-river trip to include the Smith river and perhaps the Salmon also. Here are a few pictures and a link to my track down the river. 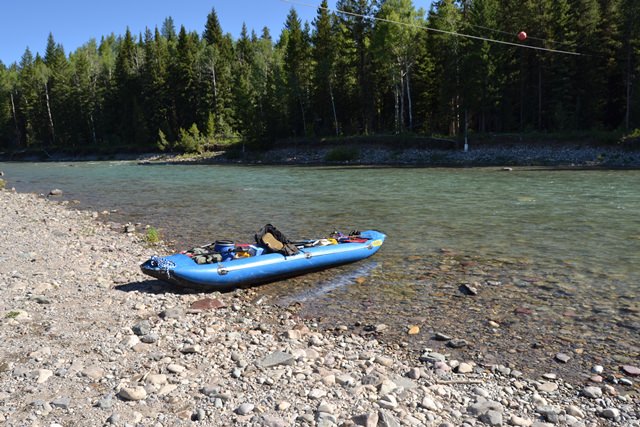 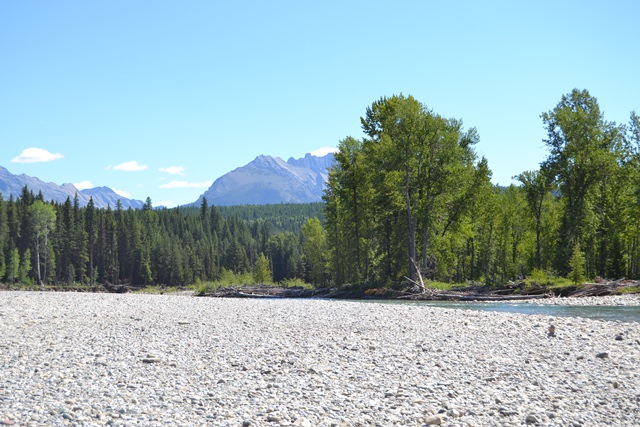 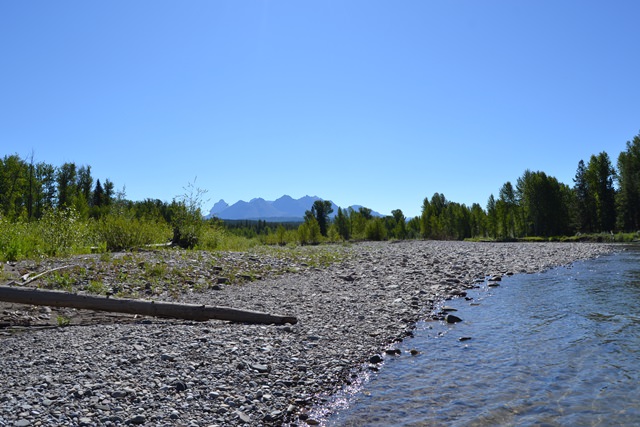 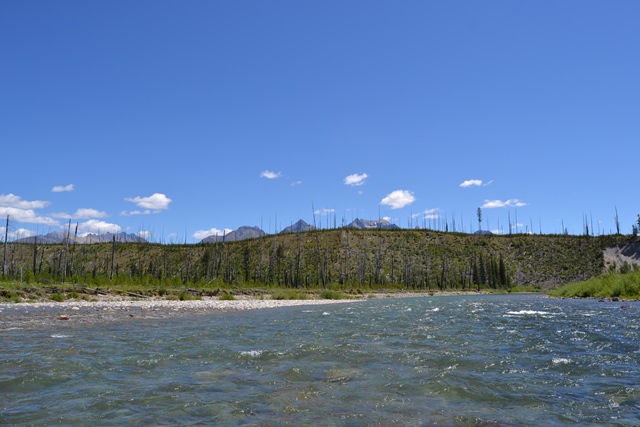 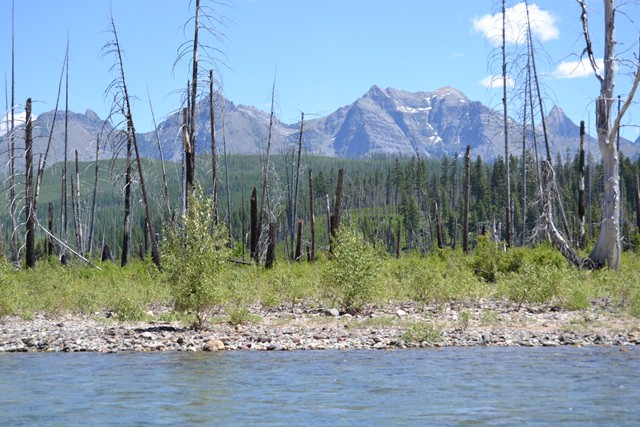 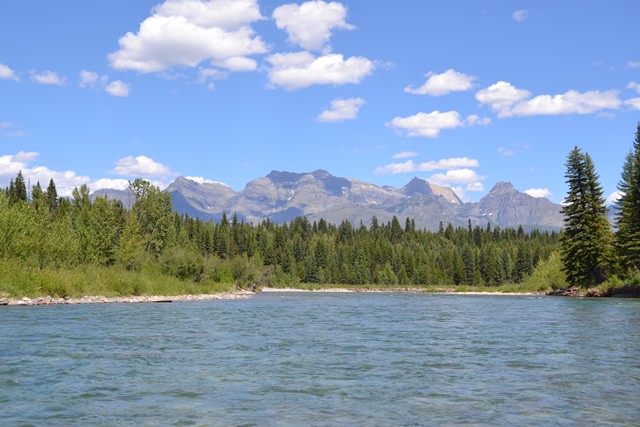 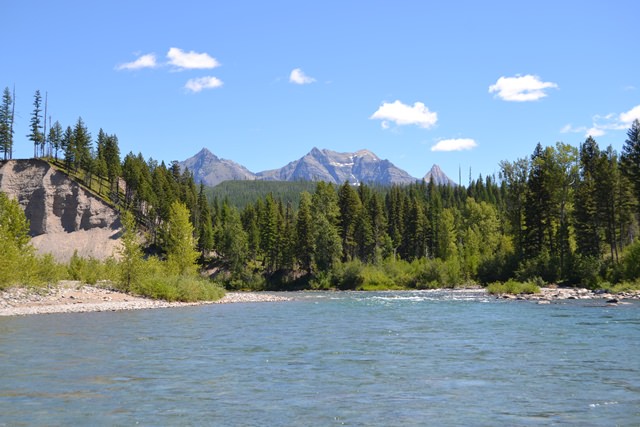 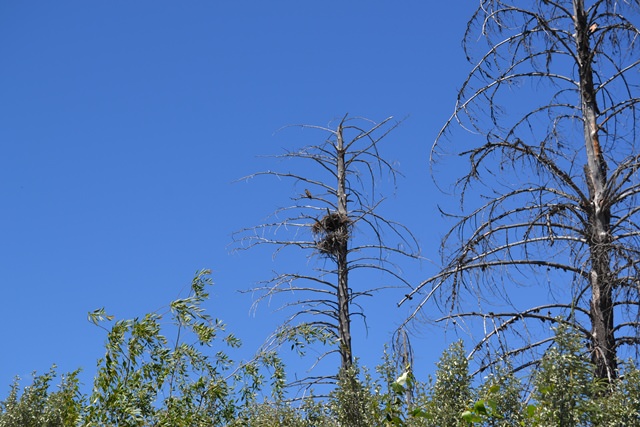 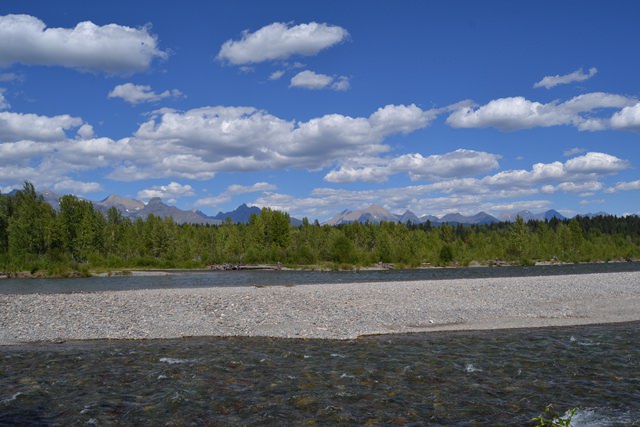 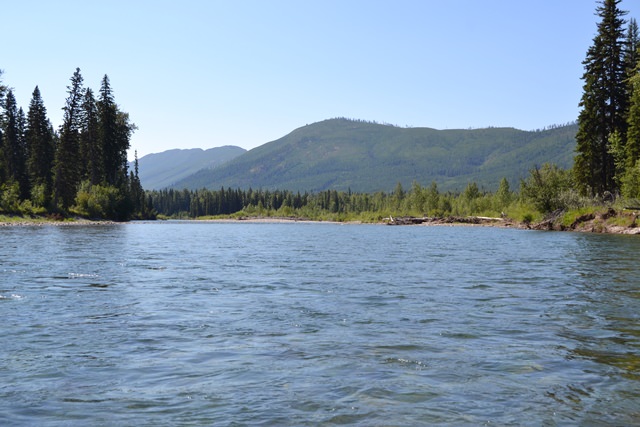 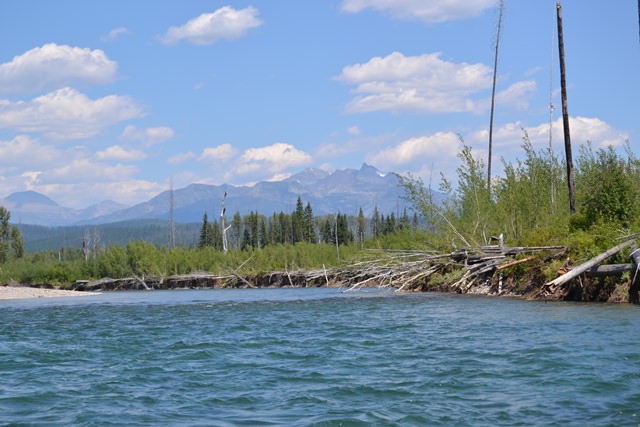 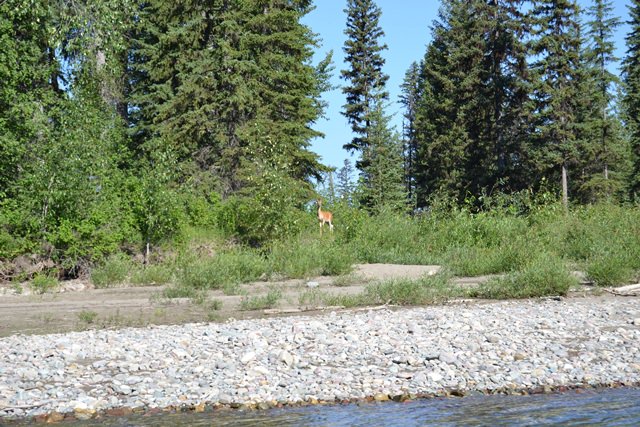