Here's my theory... Even if the composite is (for example) 20 pounds lighter than an identical PE boat, the weight difference is only significant in muscling it around out of the water. Once I've added my 180 #, and another 20-50# of gear, that 20# advantage of the composite boat is minuscule when it comes to paddling speed. (significant for Olympic class racing, of course, but for paddling around- as in fishing?)

That said, the stiffer composite boat may be faster because it doesn't flex as much, and because they don't build in anti-oilcan protuberances that add drag to most roto-molded hulls. And, it's difficult to find 2 "identical" hulls, one in PE and the other in kevlar or FRP to make a comparison. Given that most composite boats cost 2x (or more) what a similar PE boat costs, perhaps they take greater pains to get the geometry right? And then, there is the difference in surface finish between a waxed composite hull and the orange peel finish on a lot of PE hulls.

That's not to say there is no advantage to a lighter composite hull, especially for handling it out of water. But is any extra speed really because it's lighter? Or is it geometry and stiffness? Or is it just a fallacy foisted on us by shrewd marketers?

By Ron Mc -  Wed Aug 14, 2019 8:58 pm
-  Wed Aug 14, 2019 8:58 pm #2291096
The rigidity factor is real.
PE boats flex on waves, and even on your shifting weight.
It's really noticeable on my kevlar kestrel how the entire boat moves when I shift my weight.
Sitting still in the narrow hull with thigh straps, can balance the boat by pulling with your knees.
The nice thing about the 39-lb boat is handling it - the weight is always surprising when you lift the boat.
You also notice the weight difference in acceleration, the boat comes on speed right now.

As far as the speed difference compared to my T160 - I can't quite keep up with my buddy's Mirage Revo 16 in the T160, and he can't quite keep up with me in the Kestrel. Unless you're comparing directly like this, can't notice the speed difference except for the acceleration thing.
The weight difference between the two is exactly double.
The really neat thing about the Kestrel is the glide - even upwind, the boat just keeps going with minimal paddling, and seems windproof. The wind and glide difference, you notice in a big way.
In fact, the Kestrel doesn't behave well with a big charging paddle - it oversteers and tests your balance - it responds much better to gentle strokes with a touring paddle. The Kestrel doesn't have a rudder, and doesn't need one. After I got brave on the balance, learned to steer with lean against the thigh straps.

The hull shapes are a big factor between these two boats. What makes the Tarpon more stable also makes it slower. E.g., you can sit with both legs over one side of the Tarpon, but if you try that in the Kestrel, you're sitting in the water - the boat will squirt out from under you. In general, paddling it is much more like riding a bike - secondary stability really comes on with motion.

Between the two, the Tarpon is serious touring-distance fishing, and while the Kestrel is noticeably more efficient, it's more of a play boat with some light fishing thrown in. I also paid $100 less for the Kestrel, but it was the last demo boat, and priced at half-off the last retail price.
Both boats are rated at 325-lb capacity, but the Kestrel is not there. The position of your ballast in the hull affects the handling and balance of the boat - it's happier with your ballast up front to counter your weight - adding weight to the rear makes it less stable. 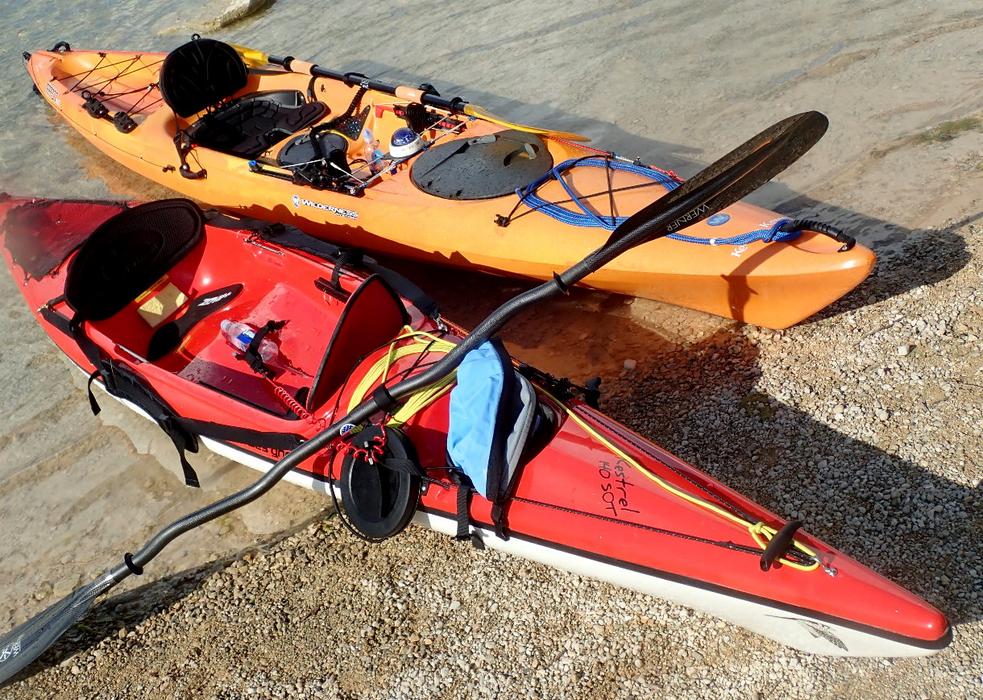 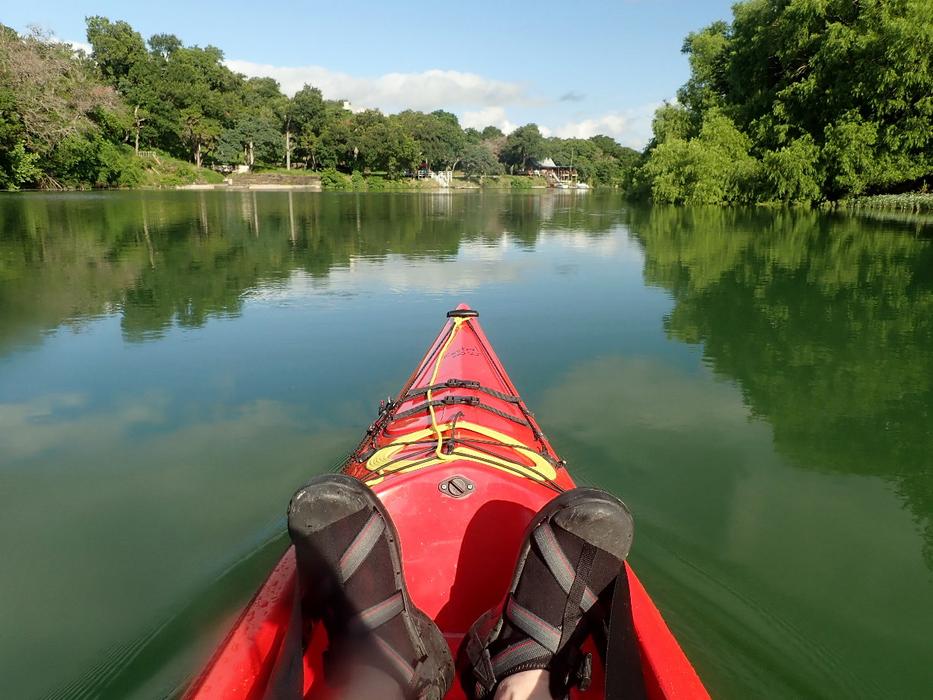 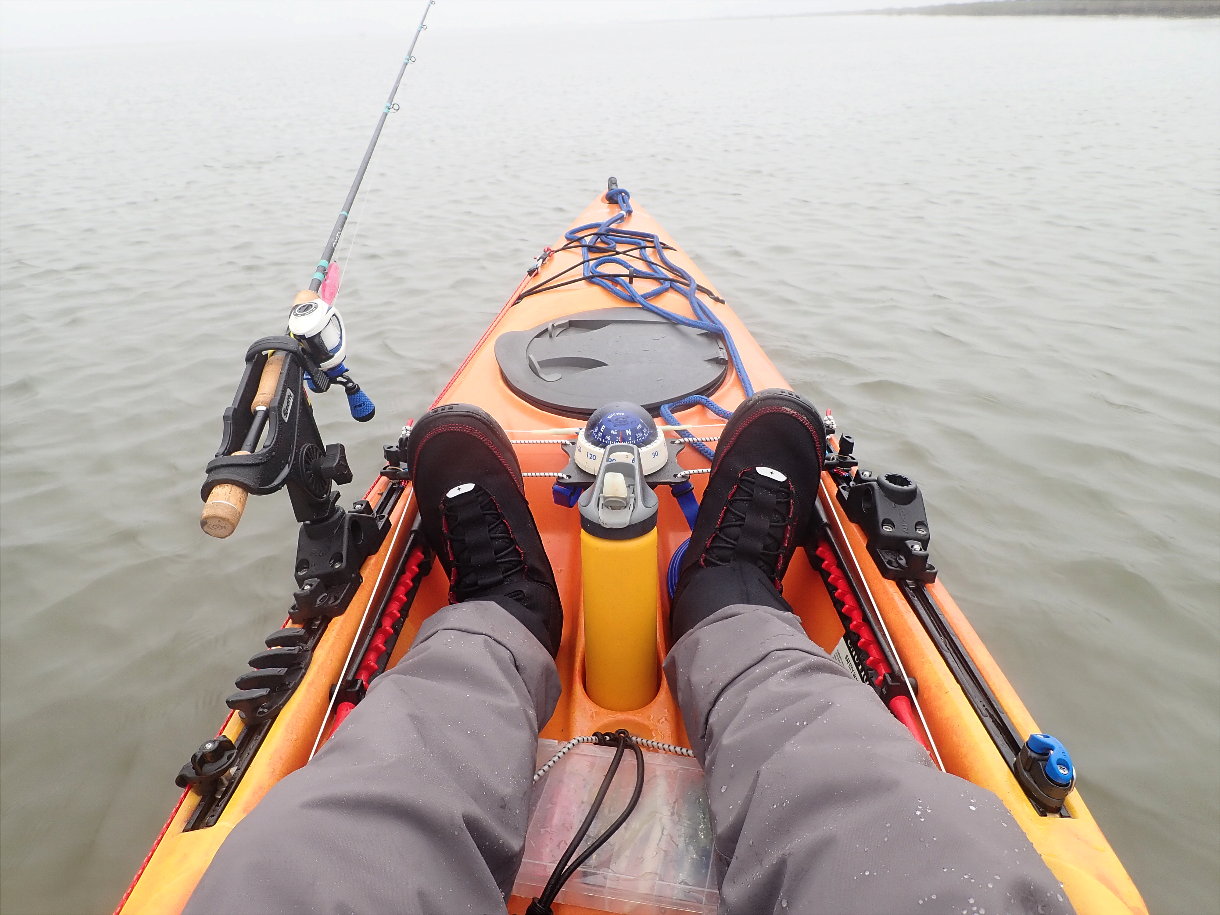 The boats you might compare directly are Diablo, because they're available in both ABS and PE, about 35% weight difference, though the ABS won't be as rigid as kevlar composite.

CD also offers the SINK Kestrel in both rotomolded and kevlar - otherwise identical hulls, which is a chance to compare the two directly. Interesting, the SINK Kestrel in kevlar composite is 4 lbs heavier than the SOT - I guess the double hull effect of SOT geometry adds stiffness and can save some weight.
Last edited by Ron Mc on Thu Aug 15, 2019 7:50 am, edited 1 time in total.

By JW FunGuy -  Wed Aug 14, 2019 11:33 pm
-  Wed Aug 14, 2019 11:33 pm #2291099
There is a reason that Olympic whitewater slalom boats have had a weight limit assigned to them. Lighter is faster, the swing weight for turning and adjusting your coarse is much less. Just like a lighter bicycle is much faster, excelerates quicker and makes climbing hills easier so goes a lighter boat. Plus their surfaces are much smoother reducing drag.
Kevlar and carbon fiber is extremely strong (depending on the layup) But, the key for most of us is durability, especially when it comes to oysters. They can take an impact but they don’t do cuts well.

Gotta love when the surf is calm! Sent from my S[…]

Good job! I too just recently got back in the yak […]

Nice fish there! Great report, thanks for sharing.[…]