By Ron Mc -  Sun Sep 29, 2019 6:02 pm
-  Sun Sep 29, 2019 6:02 pm #2293695
I think the choice is going to come down to the seat.
If you spend a lot of time in coves with your feet inside the boat, you'll like the wider kayak with the tall seat better.
If your goal is distance at the coast, longer, lower and narrower = speed = distance.
The profile of the new Tarpon hull still looks pretty slippery.
My T160 is 28" wide, and I can straddle my legs over both sides to sit up and fish (6'3", 215) - I can also keep going in skinnier water than my friends in most other boats, and the draft might be a concern for you at the coast, especially if you paddle in oyster shell, which is most often quicksand bottom.
Traveling in the wind, you want to sit as low as you can.
I think you'll find either boat to do everything you want in the river.
Maybe Neumie will chime in, i know he's a fan of the older Ride - the 135 had just come out when I bought my T160, but I was looking for the long sternwell to tandem with my daughter, and I'm still glad about my choice 10 years later. 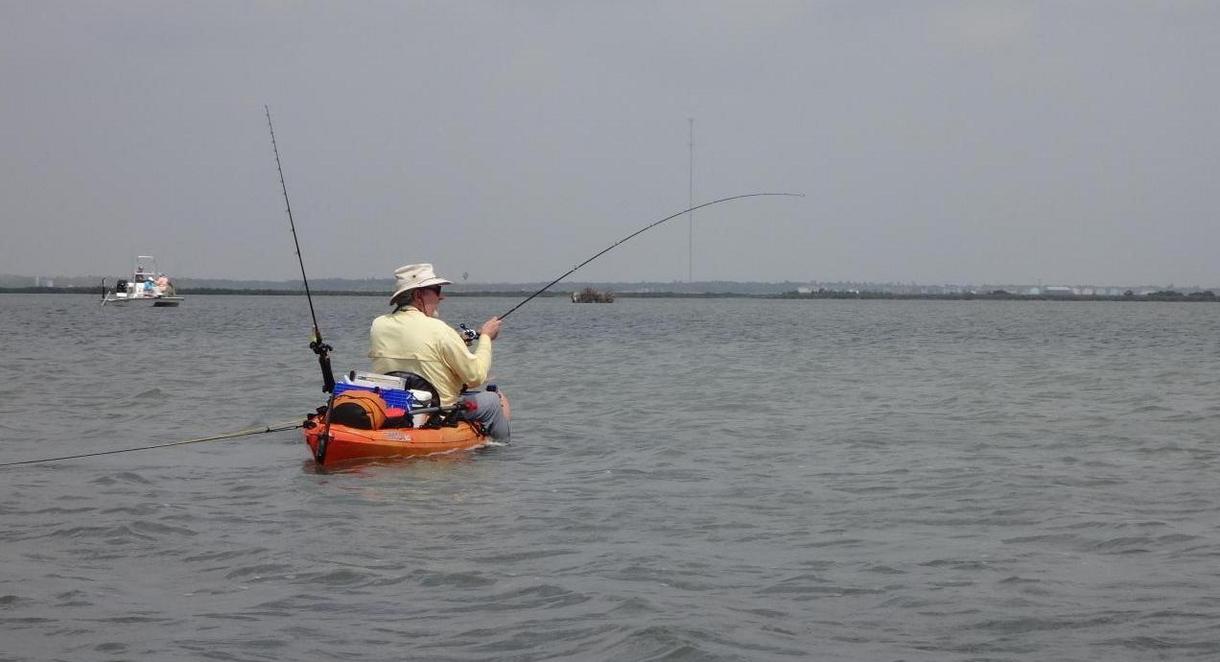 my buddy Steve probably carries 240 lbs, though we're both 6'3", he sits probably 3" taller and with a little higher CG than I do. He's totally happy in his 28" narrow Hobie Revo 16, though that boat does qualify as tippy with its frame chair.
Caught him here in a moment of near-panic sampling my 26"-wide, very narrow bow Kestrel in beating wind, deep water and waves (and of course he goes way back with skills in low-primary-stability kayaks)
- and this is something you get used to and learn to enjoy because of the speed and endless glide - this boat will do 5kt as soon as you ask. 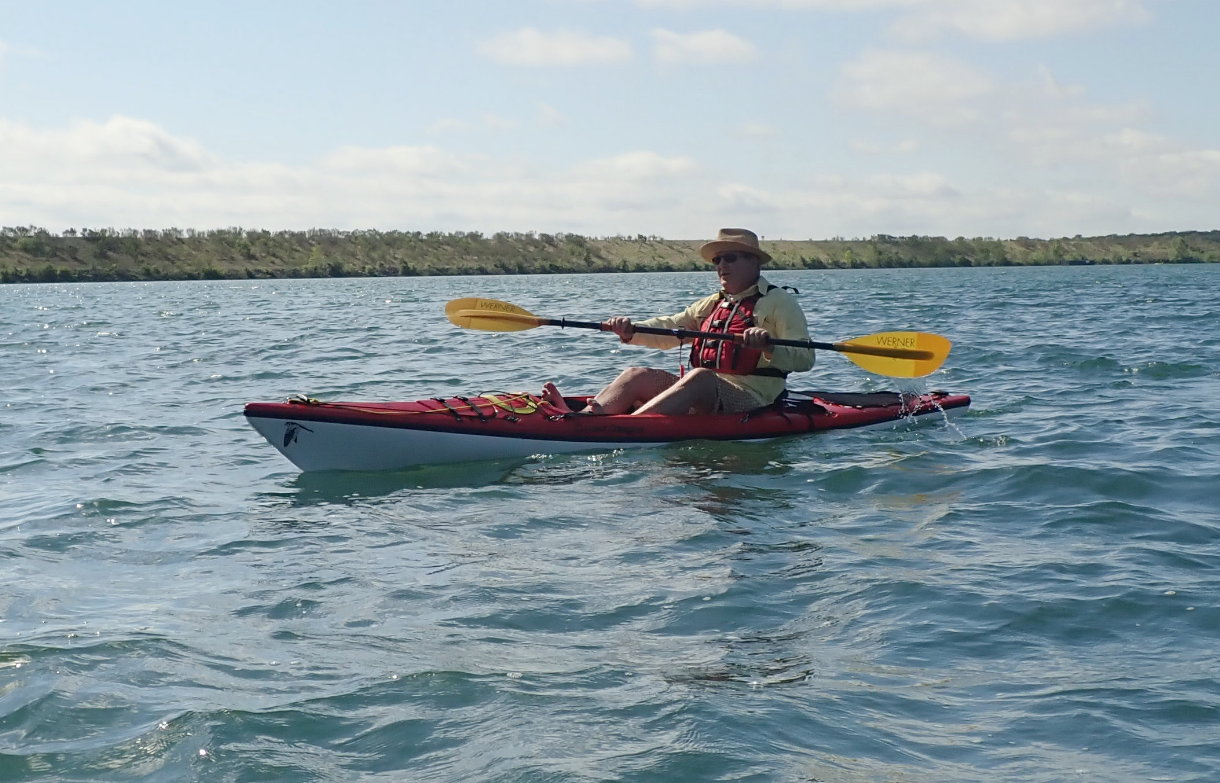 Ron Mc wrote:short of standing, tippy doesn't apply to a Wilderness kayak, not even a 28"-narrow Tarpon.

No problem launching here - wouldn't try this with my Kestrel

also able to sit with both legs over one side, which you can't do in the Kestrel at all - it would squirt out from under you 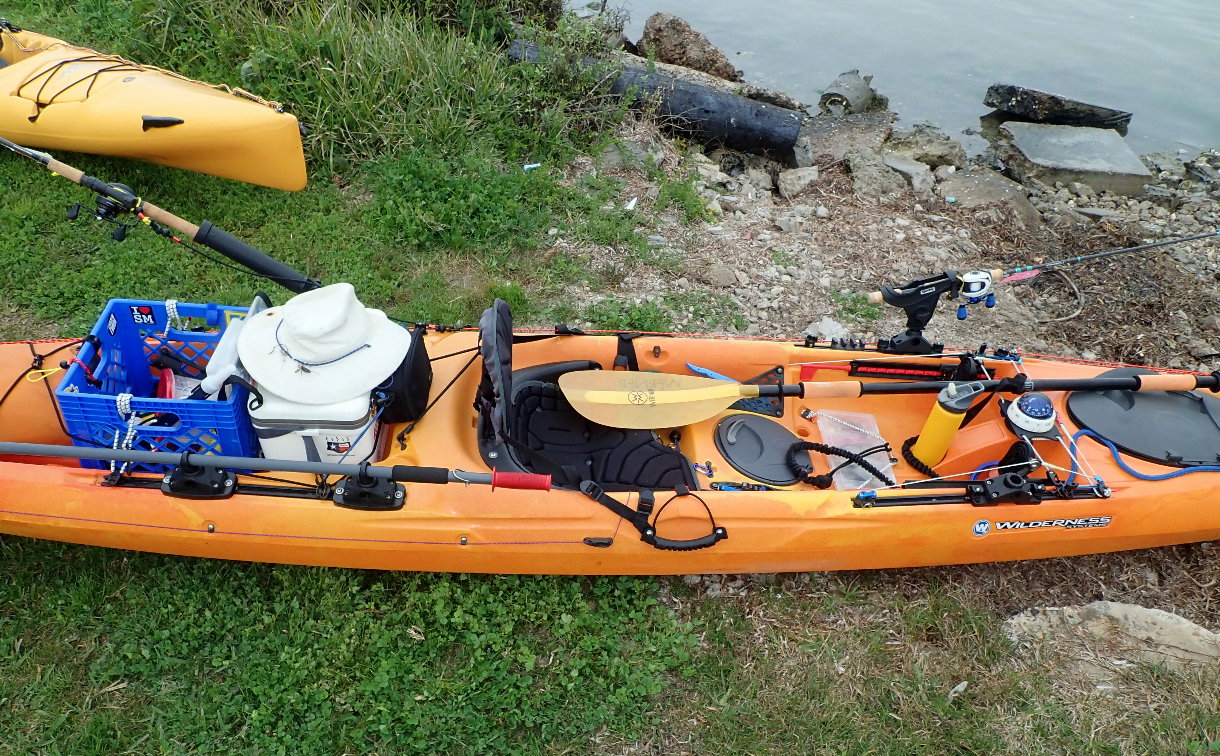 here's riding a 35-kt gale wind in a wall-cloud squall with drift sock trolleyed to stern - any boat would capsize you without that rigging - without the stern drag, the wind would instantly spin you sideways and flip you over 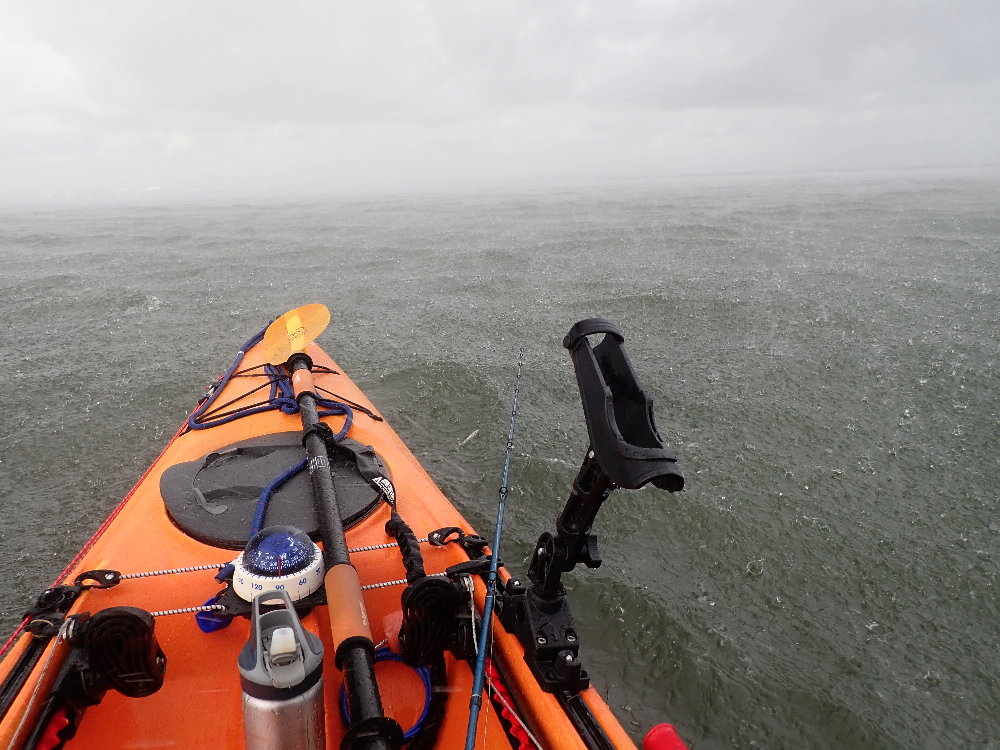 one TKF member capsized his Tarpon offshore when he leaned over to pull a bull red into the boat, but he knew what he did wrong and didn't do it that way again.

Here's Neumie standing in an older 29" (and very fast) boat - the reason he can do this is also the drift sock - if he let the boat windock, he's be right over. 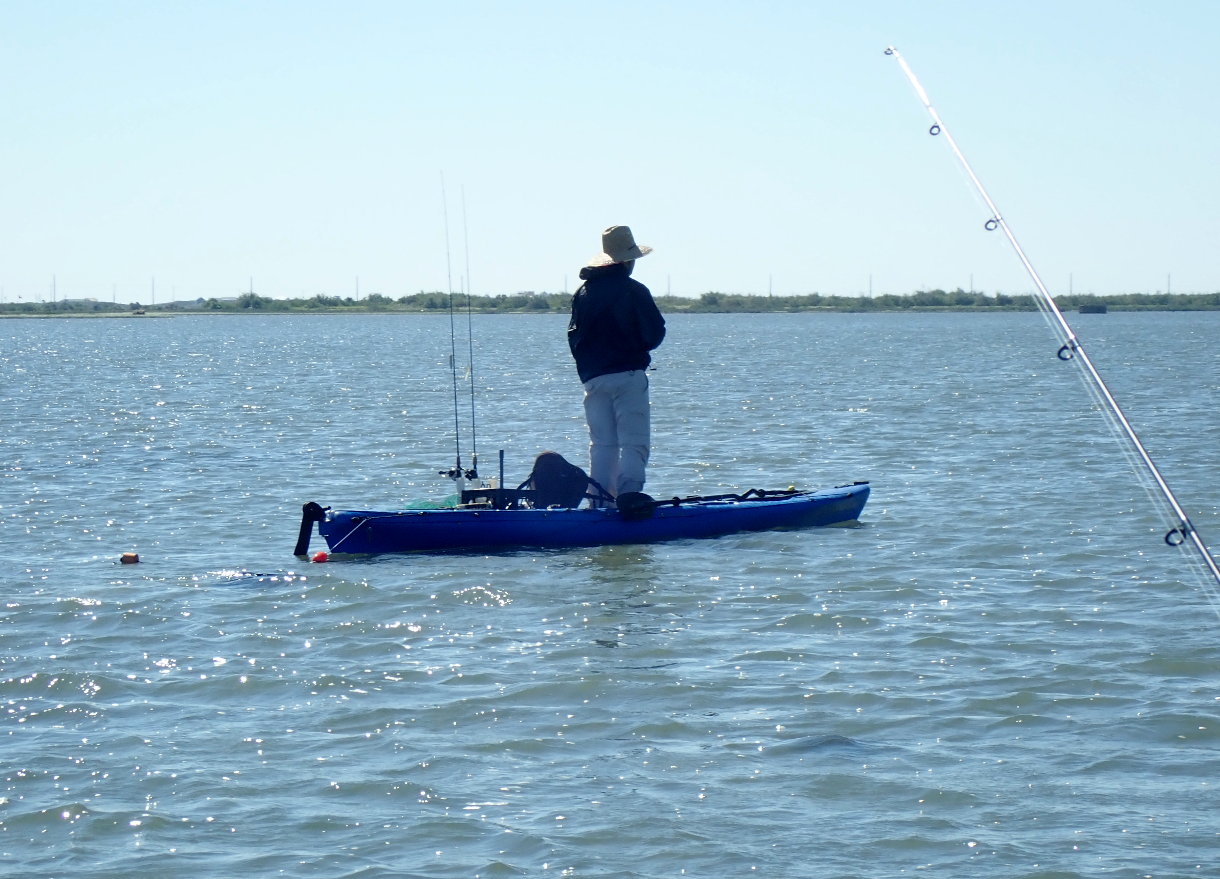 Another thing to keep in mind is you'll want a rudder with a T140, but the boat comes rigged to accept one.
The reason my 14' Kestrel doesn't need one is you use thigh straps and lean the boat to turn against the totally slick hull curve, but the Kestrel is built for nothing but speed.
Though I did paddle and fish borrow boats before, I'm on my 11th year with T160 and never turtled it (knock on PE).
There's nothing to keep a T140 from being a Great starter boat.

fish4jules wrote:It was a hard choice but i ended up getting the ride 115 in atomic orange. i figured i will do more lake and river fishing. like the stability of the ride. also later i will adding a trolling motor on it and the 500 capacity is also great. should have it here by wed.at 60 years old i figured i would go for more stability. perfect for some fall fishing. thanks again to all for such great advice.

I think the Ride was the right choice for what you want to do. Even though it's known for its stability, the Ride is actually a decent paddling kayak.

Reply
Return to “New to Kayaking”
26 May

Good stuff guys! Thanks for sharing. Sent from m[…]